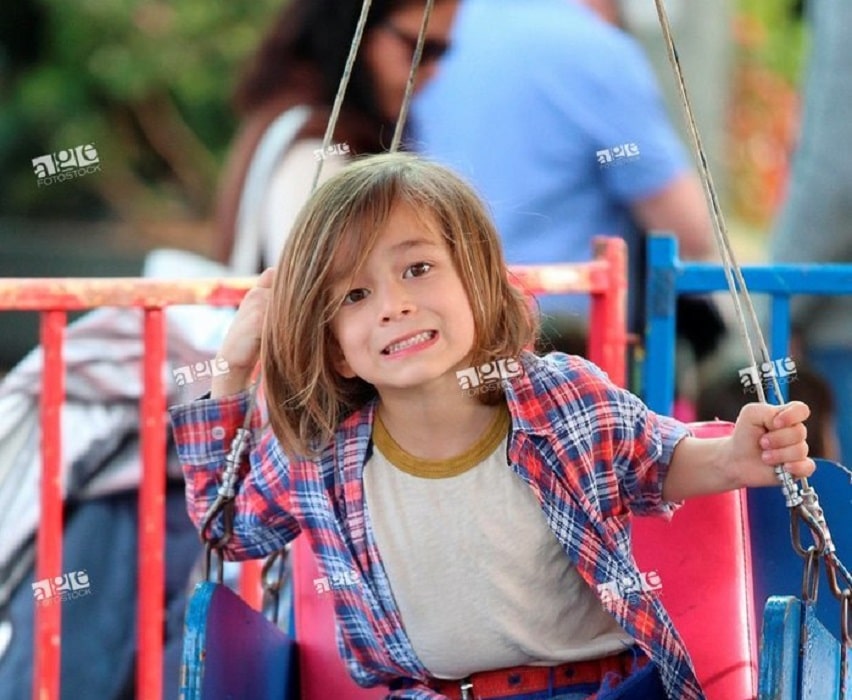 Rocko Akira Clapp is the celebrity baby of Johnny Knoxville and Naomi Nelson. Rocko was born healthy on 20th December of the year 2009.

The name "Rocko" means "Rest". The name is somehow related to "Rocco", an Italian and a German name.

The name "Akira" in Japanese means "Bright", "Intelligent", "Wisdom", and "Truth". In Islamic language, 'Akira' is a term referred to the afterlife.

Naomi is an actress and a writer and has also co-directed a movie. Naomi is worth $2 million.

Naomi Nelson and Johnny Knoxville dated for 2 years and Johnny popped the question to her. The two got married in September of the year 2010 after they welcomed their first born to the world. This wedding was the first (and hopefully last) for Naomi and the second for Johnny Knoxville.

Rocko is the first child of Naomi Nelson and the second of Johnny Knoxville. Rocko has one half sister and one biological sister. His older sister is named Madison Clapp and she was born on the year 1996. Rocko is also a big brother to Arlo Lemoyne Yoko Clapp, his biological sister who was born on 6th October of the year 2011.

The family of four attended the premiere of the Walt Disney's film Zootopia. Rocko and his little sister Arlo had their animal head gears on and the two stole all of our hearts. Rocko had a fox head gear with a fox's ear while Arlo put on a Bunny's head gear with a long bunny ears.

The family also attended the premiere of "Spiderman: Into the Spider Verse", "Finding Dory", "Aladdin" and many other movies that are child friendly.