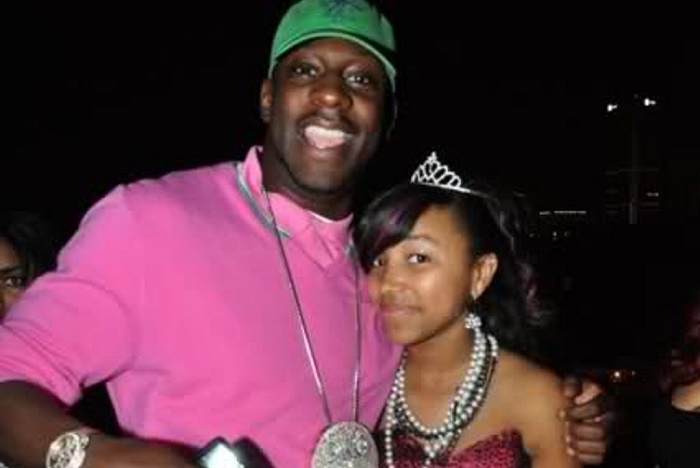 Zonnie Pullins aka Zebo is widely known for being the biological father to R&B singer Zonnique Pullins, who is currently living with her mother an American singer-songwriter Tameka Cottle aka Tiny and her stepdad Rapper TI.

Zonnie Pullins is married to Cheryl Redmond Pullins and shares two children together. Before that, he was in a relationship with Tameka Cottle, where she moved on with rapper TI with her daughter when he was in prison.

Graduated from Georgia Southern University in computer science in 2002, Cheryl worked as software engineer II who makes bill presentation and enhancement in Verisign for 2 years from 2002 to 2004. She also worked in Cox Communications for 12 years, where she worked as technical project manager for 7 years from 2009 to 2016.

Back in 2016, there was an internet war broke out between two families; Pullins and Harris; which was, later on, deleted from their Instagram account. where the fight was started by Cheryl on Instagram when TI posted one of his vacation photo with zonnique claim to own Zonnie daughter, which upset her for how TI took full credit for raising Zoe daughter, where she claims TI wasn't taking care but taking full credit.

After that, Tameka enters reminding her that how TI has been taking care of her daughter since 5 years old and he has been looking after everything that she needs, then Cheryl starts to comment on Tiny look and figure, how fake she looks after those surgeries.

Zonnique stood up into her mom side and boomed up with a message of; Zebo and his wife haven't done even half considering to what her mama and stepdad had done.

Daughter of Zonnie even speaks out about the things like her dad had just been calling her to know what she doing, or is she ok? where he doesn't even pull him up to meet his daughter and see what actually she is doing. The words literally make Zonnie sad and down and he stayed out of an argument.

Later on, Zonnie called his daughter to delete his number and don't ever try to contact him again, where he spoke of words coming out from his daughter which he didn't expect to have in conversation. He even claimed to disown his daughter.

The words of father don't affect Zonnique, where she came up with the idea of changing her last name from Pullins to Harris, as stated in some online sources but she didn't do with some reason.

Zonnie Pullins and her daughter Zonnique has been in a very good relationship with one another, even after she is living with her stepdad. He and his daughter keep visiting one another and has been staying in touch through phone and Internet.

Recently, in June 16, Zonnique took her Instagram account to wishes her father ' happy father day', where she posted the rare picture of her dad holding her in his hand, where she expressed the feeling about how much she is glad to be daughter to him and thanked him for giving her such a beautiful life.