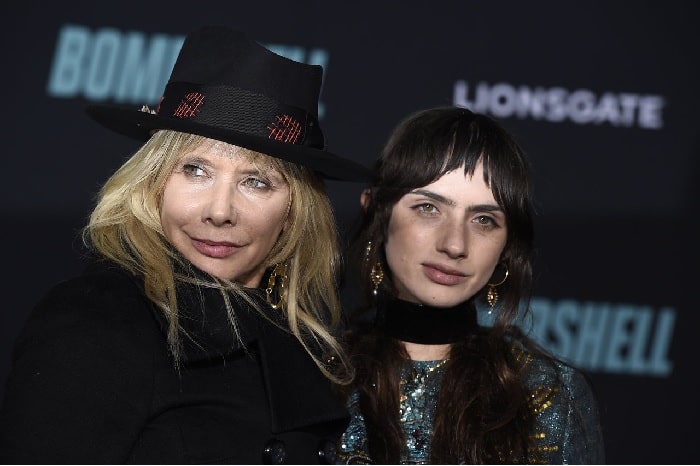 Zoë Bleu Sidel professionally known as Zoe Sidel is an American socialite, model, actress, and fashion stylist. She is the only daughter of Rosanna Arquette, an American actress, and John Sidel.

Sidel was born on October 23, 1994, in the USA. On October 11, 2019, she got The Last Girl Cultural Change Awards for her poem and for her several other talents. Let's find some more interesting facts about Zoe Sidel:

What Is Zoe Sidel Net Worth?

Sidel has an estimated net worth of $2 million from her diverse career as American socialite, model, actress, and fashion stylist. She has gathered her worth from her book, working with Gucci, and by designing her own garments.

Sidel enrolled at Sarah Lawrence College in New York and got her Bachelor of Fine Arts degree. Then in 2012, she became the debutante at the 20th Annual Crillon Ball in Paris.

Sidel is in a relationship with Thomas Cohen, a musician who was the part of a rock band named S.C.U.M. The pair started dating in 2016, after two years of Cohen's ex-wife death in April 2014.

Sidel and Cohen were spotted together several times in London while holding each other hand as they looked so happy with each other.

The Bling Ring actress is the daughter of Rosanna Arquette and John Sidel. Her mother is a famous American actress, director, and producer from which she has accumulated her net worth of $12 million.

Was Raped When Young

In 2014, when Sidel was 20 years old, she revealed shocking news to the media about being sexually abused for years and also being raped between the age of 11 and 13. Sidel along with her mother went to a Rape Foundation Annual Brunch in Beverly Hills to connect with other rape survivors.

Sidel kept the incident secret from everyone until she opened up about it to her mom in 2014. After ages, Sidel decided to share her pain because she at first she didn't dare to come out and later felt that it's important to take your power back and also to support and give courage to another rape victim that they can overcome every pain in life.

Sidel has appeared in seven television movies and short videos. Among them she is best known for her roles in Battle for Terra, JIL: All Your Words, and Mother, May I Sleep with Danger?

Sidel will be appearing in a drama titled The Velvet Gentleman as Young Suzanne Valadon where her mother Rosanna Arquette will play the character of Suzanne Valadon.

The only daughter of Rosanna Arquette has written a love poem book 'PLEASE DON’T BLEED ON MY ANT FARM' which she has collaborated with Liliana Mercenario Pomeroy, an artist.

She has worked for the poem for seven years and announced that the book includes several drawings that are made by Pomeroy.

As for her social media presence, Sidel is active on Instagram as she has a total of 25.6k followers. She mostly posts pictures of her art, modeling, childhood pictures, and with her friends.