Yoo Ah-In (유아인) Profile - Everything You Need to Know 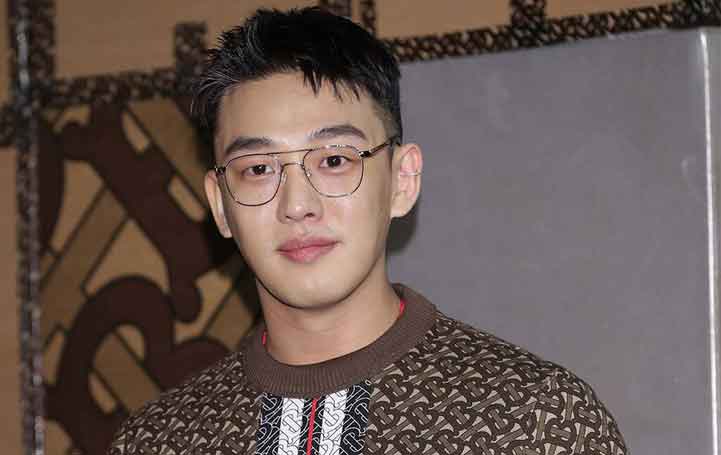 He has garnered fame by acting in various TV series and movies. He is one of the gems of the entertainment industry. He is the 80th most popular South Korean Actor according to the year 2019.

The estimated net worth of Yoo Ah-In is estimated to be around $5 million. He charges $58,700 per episode for dramas.

His income is generated through his acting career as well as from his own studio.

Uhm Hong-Sik attended Gyeongbuk Arts High School but eventually dropped out in his first year. He later took the equivalency exam and graduated high school and enrolled at Konkun University in the art department.

He once shared in a press conference "I think of it as lucky that I had the will to quit school early. I had the courage to try planning another life and just recklessly threw myself into it. Because I did that, I was able to turn every moment that I've come up against in my life into an opportunity for my personal education."

Actor Yoo Ah-In was once rumored to be in a relationship with actress Song Hye-Kyo. The rumor spread when he sent a coffee truck to Hye Kyo's set of "Now We Are Breaking Up". He also added a message in the coffee cup "Love to Ms. Song Hye Kyo. Live a long life."

The rumors remain untrue unless and until both the actors say so themselves.

After dropping out of college the actor moved to Seoul to discover more about his talents and himself. That is when he found his interest in paintings and also wanted to develop his career in the show business.

He first made his debut in 2003 through a TV commercial. the love of the actor for the painting made him play role in the teen series "Sharp" as a student majoring in painting.

The artist took a break and went on hiatus to discover more about himself in the field of acting and wanted to learn and develop more mature acting skills.

After some break, the actor again came back to the limelight with a low-budget movie "Boys Of Tomorrow". He then continued his acting in many more movies and TV dramas: "Skeletons In The Closet"(movie), "Strongest Chill Woo"(drama), "He Who Can't Marry"(drama). He also received many recognitions and awards for his acting.

In 2010, Ah-In starred in the historical drama "Sungkyunkwan Scandal".

Furthermore, in 2018, he made a breakthrough in Lee Chang -dong's movie "Burning". The movie had its first premiere at the Cannes festival where he walked the red carpet. It was selected as the South Korean entry for the Best Foreign Language Film at the 91st Academy Awards.

Alongside his acting career, he has actively participated in variety shows such as "Sponge", "Running Man", Mnet Asian Music Awards"

In 2017 it was revealed that Yoo Ah-In is diagnosed with a bone tumor. However, this has not affected his acting career, and is actively working in movies and dramas. He was also exempt from his military service as he failed five medical tests.

Works As A Curator As Well As A Director

The artist is a founder and creative director of Studio concrete. The studio consists of a gallery, library, workshop, and coffee shop.