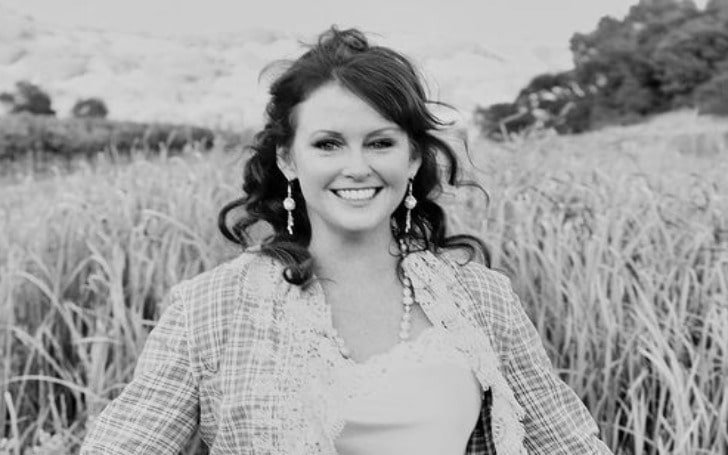 Tracy Griffith is a former American actress, a sushi chef, an artist, as well an occasional singer. The multitalented persona is the daughter of the actor/producer Peter Griffith and his second wife Nanita Greene.

On October 19, 1965, she was born in Bedford, New York. She also has a younger brother, Clay Griffith who is a production designer and set decorator and her half-sister is an actress, Melanie Griffith.

Let's know more about her.

After her parents' separation in 1975, Tracy enrolled and graduated from a school in Maryland in 1979. After that, she attended the University of Tennessee for about three years where she eventually showed interest in acting.

Tracy Griffith ties the knot with Mark Daley on September 17, 2011, who was the president of Ralph Lauren's Asia Division. After that, he was elected as the CEO of Smythson of Bond Street, London, and also the CEO of Billy Reid. Recently he is appointed as the CEO of Espirit.

What's her net worth?

Griffith has been doing all sorts of work of her interest. She has her own sushi restaurant, an art gallery, and also works as an actress. Her estimated net worth is around $1 million - $5 million which she has earned throughout her career. But who knows, she might be earning more in the future.

She was first influence by her half-sister Melanie Griffith for acting. So. she played many supporting roles along with her sister in some films like Fear City(1985) and Crazy in Alabama(1999).

She also appeared in many tv series like Jumpstreet. Some of her acting roles include; The Guiding Light, The Good Mother, Fast Food, The First Power, and so on. Now, the actress has worked in Hollywood for over 12 years.

Griffith worked as a chef at Rika's on Sunset, which is a sushi restaurant on the Sunset Strip in Los Angeles. She also appeared as the chef/host on the cooking show with the D.I.Y series and Celebrity Hobbies on the D.I.Y Network.

She was also honored as the first female graduate of the California Sushi Academy and also as the world's first certified female sushi chef. Altogether, she has written two cookbooks as well.

The artist is quite active in her Instagram account where she updates about her arts, her pet dog, sushi skills, and also about her family. She currently resides in Florence, Alabama, and has opened her own art gallery.

She also enjoys playing her guitar and singing as well. You can check out her art gallery website Wylde gallery for further information.