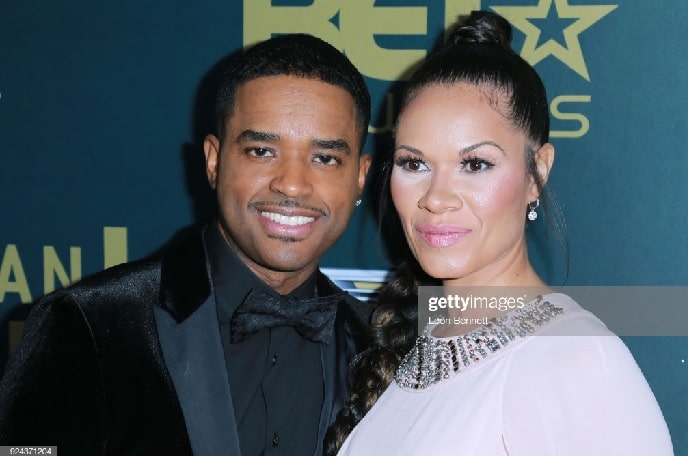 Parrott was born on January 03, 1977, in New York, USA. She rose to fame after marrying Larenz Tate who is an American actor. Here are some more interesting facts about Tomasina Parrott:

Parrott has an estimated net worth of $350K from her varied career as a dancer, actor, and baker. She has been earning $20 - $30K as an annual salary from her various careers.

Tomasina Parrott is married to Larenz Tate, who is an actor, producer, and director. The couple were in a six years of relationship before getting married on November 30, 2006. After getting engaged for over twenty-three months the pair finally decided to tied their knot. For over 14 years they have been living together with their four children.

Parrott and Tate shares four children from their beautiful marriage. Their first children Miles Xavier Tate was born before three months of their marriage on July 29. Then on June 27, 2008, their second child Zander Tate was born.

On December 30, 2013, they gave birth to another baby boy named Zion Tate. In 2018, they announced that they were expecting their fourth child and revealed that he and his youngest child shares the same birth date. The couple also did a baby shower for their fourth son.

Parrott Was a Dancer

Parrott was a dancer and a choreographer who had performed in a stage name 'Geneva'. She has worked with The New Power Generation (NPG) with Prince Rogers Nelson backing band for more than two-decade. During Princ's tour between 2000 to 2001, Parrott danced with the band but she didn't join the band on its reunion in 2015 for Prince's last album neither in 2017 for the album's tour.

Because of her dancing career, Parrott has got many dance-related roles in many movies. Not only that, but she has also performed in many television series like The Drew Carey Show and Cedric the Entertainer Presents. She somehow rose to fame after appearing in a music video of Ashanti's music video ' Rain on Me'.

Is a Baker now

After marrying Tate, Parrott slowly started to put her dancing career aside and started to put more of her interest in her family and to a bakery. She started baking and now is the owner of the Sugar Fairy Bake Shop in Calabasas. Parrott has baked several extra-ordinary cakes for her children's birthday as well as for her customers.

Parrott has appeared in almost ten movies and television series from 2000 to 2008. Because of her dancing career, she got dance related roles in Along Came Polly, Miss Congeniality 2, Starsky and Hutch, and You Got Served.

Tomasina Parrott is active on Instagram but is very private about her personal life. Likewise, her Instagram account is private and has only 64 followers who seem to be her family and friends.