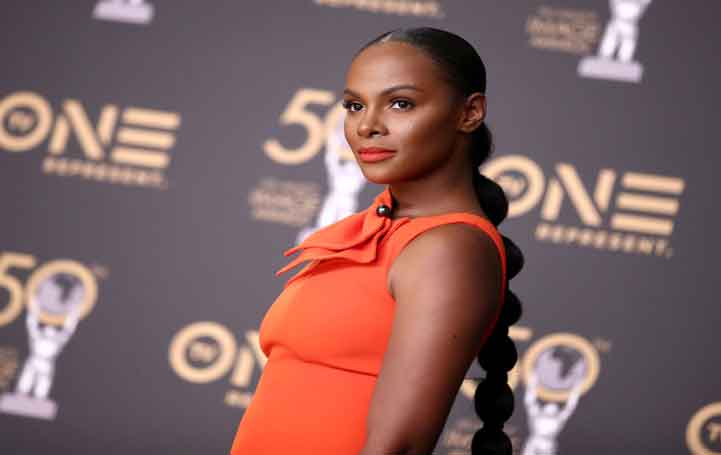 Tika Sumpter is an American actress, model, and singer who has an estimated net worth of $6 million. Sumpter began her career in the modeling profession.

After the start of her modeling career, she also entered the entertainment industry as an actress, podcast host, producer. She is also a business entrepreneur.

Sumpter is better known as an actress for her role in the series "The Haves And The Haves Not.

Tika Sumpter Net worth- Explained Through Her Career

Tika Sumpter is one of the richest  American actresses with an estimated net worth of $6 million and an annual salary of $200,000. Her main source of income in her early days was from her modeling career, the beginning of her journey in the industry.

The American Model was first modeled for Hewlett-Packard and Liz Claiborne's Curve fragrances. Continuing her journey she then entered the entertainment industry as an actress. She also worked as a voice-over artist.

After her successful modeling career, she became a co-host for the N network series the Best Friend's date in 2004.

In 2005 she was cast for the role Layla Williamson on One Life to Live. After some small screenplay, she made her big-screen debut in 2010 in the movie Stomp The Yard 2: Homecoming.

In the year 2010 following The big-screen debut she also acted as the girlfriend of Jason Derulo in the music video of It Girl.

The American Actress also appeared in the television series Gossip Girl. The television first aired in 2007. Sumpter made her appearance in the fourth season of the show which aired in 2011, this gave her a very big break in her career as an actress.

In 2014 and 2016 the actress was cast in the movie Ride along and Ride Along 2 respectively as Angela Payton.

In 2016, she both produced and acted in the movie Southside With You where she plays the role of young Michelle Obama.

From the early start of her career to date she has been in many reality tv shows as an anchor. This has garnered much attention and income contribution in her life.

Tika Sumpter's Highest Grossed Movies Contributing In Her Net Worth