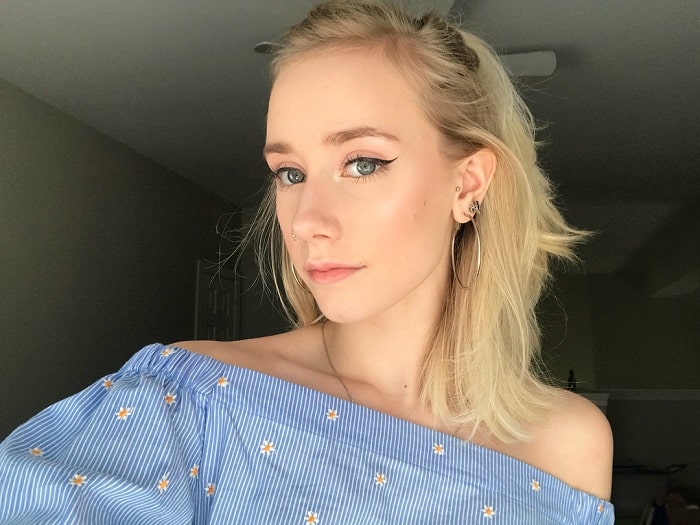 Tess Reinhart is a YouTuber and the youngest sister of Lili Reinhart, an American actress best known for her work in Riverdale. She is interested in the medical field and wants to be a delivery nurse.

Reinhart was born on March 28, 2003, and is a sophomore in high school. Let's find some more interesting facts about Tess Reinhart, here!

What Is Tess Reinhart's Net Worth?

Reinhart has an estimated net worth of $500 thousand from her career as a YouTuber and from being the sister of well-known actress Lili Reinhart who has a whopping net worth o $5 million.

Then on September 13, 1996, her other sister Lili Reinhart was born in Cleveland, Ohio, United States. Lili is an American actress who is well-known for her roles in several movies and television series like Hustlers, Miss Stevens, Galveston, and others.

Reinhart is in a relationship with Dylan Castoria, a college Baseball player who plays for the Wolves Baseball team.

Following her in her official IG, we found the pair went together on Prom, and are often seen enjoying their weekends in Cabarrus County Fair. They also went on a trip to North Carolina with her other favorite people.

Lili little sister Tess runs her own YouTube channel since November 20, 2014. She has posted three videos on her channel where in the first video she has done a Q/A from which her fans can know her better.

Her second video was a makeup tutorial where her third video was answering advice questions her fan asked which was posted on Mar 3, 2019, and from then she hasn't been active in her YouTube. She has a total of 144,713 views from her all three videos.

She loves all her piercing except for her belly button as she said it was the most painful thing that she has gone through. Reinhart did her belly button piercing in summer from which she couldn't enjoy swimming on lakes, ocean, and swimming pool because it would get infected from chlorine water but she somehow was infected twice from the piercing.