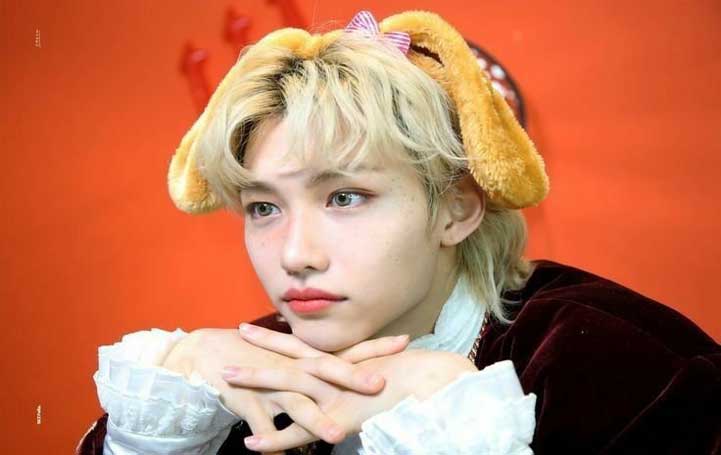 He was born on September 15, 2000, in Sydney, Australia. He is known to have broken the beauty standard of Korean idols with his freckled face.

Felix was born in Sydney, however, both his parents are South Korean. He has one older sister named Rachel/Jisue and a younger sister named Olivia. He went to a private college in Sydney "St. Patrick's Marist College".

He is a 3rd-degree Taekwondo Black Belt holder and also has won many competitions when he was young. He is also great at swimming having won 2nd place in the competition at the age of 15 age in 2015.

Felix was sought out by the staff of JYP Entertainment to audition for the agency. He then moved to South Korea to pursue his career in music.

In 2017 JYP announced a survival show through which there would be the formation of the new idol group. The show was titled, Stray Kids.  The group had members: Bang Chan, Felix, Han, Changbin, Hyunjin, Lee Know, Seungmin, I.N, and former member Woojin.

All nine members successfully debuted as "Stray Kids" through the survival show in 2018. However, Woojin left the group soon after their debut.

Felix alongside his mate, Lee Know was eliminated at first during the show. However, they made their way back to the group.

Stray kids debuted with a mixtape album with the title track "Hellevator" and the official debut song "District 9" from the album "I Am Not".

The singer Lee Felix rather likes to keep his personal life private. There are no records of him being in any relationships until now in 2021. He also shared that he, for now, wants to focus on his career rather than being involved in a romantic relationship.

He once revealed that his ideal type is the one who adores him, has a warm heart, and cares about him a lot.

He is fluent in English.

His favorite sport is soccer.

He likes listening to music, traveling, and working out in the gym.

His favorite seasons are autumn and winter.

He likes listening to Kendrick Lamar, Joey Bada$$, and logic.

He hates being called by his Korean name Yong-bok.

He finds the Korean language hard but enjoys learning it.

His role model is BIGBANG's G-Dragon.

His charming point is his freckles.

He can play the piano very well.

Jisung and Seungmin used to be his roommate.