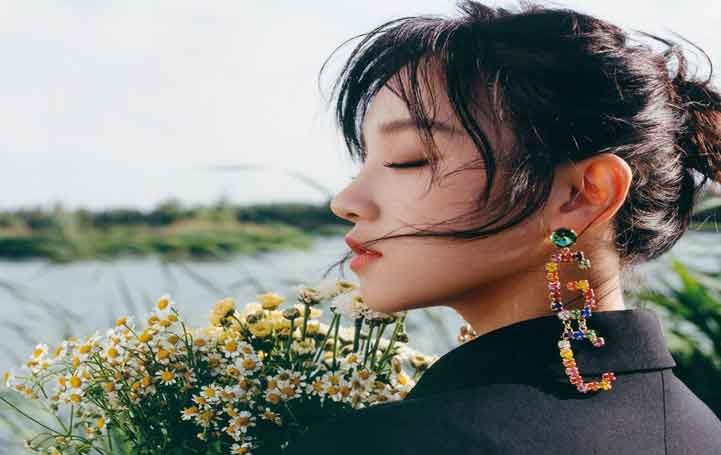 Song Yu-ki (송유기), also known by her stage name Yuqi (우기) is a Chinese singer, songwriter, and producer based in South Korea. She was born on September 23, 1999.

Yuqi was born in Beijing, China, and is the only child. She attended Beijing 101 High School.

She was interested in music and dancing since a young age. Not only dancing and singing she is also a talented musician and can play Guzheng (Chinese Sitara).

Yuqi is close with the idol of the idol group NCT's Lucas. They both are from China and debuted as singers in Korea. the idols together are in a Chinese variety show called Keep Running as regular members.

They are shipped by their fan and are doubted to be dating off-camera. But the possibility of them dating seems very low as they both are rookies in the entertainment industry.

The Chinese singer officially made her debut in the year 2018 with her group members Miyeon, Minnie, Soyeon, Shuhua, and Soojin as (G)I-DLE. The group made their debut with the album "I Am".

In the year 2019, she joined the Chinese Variety show Keep Running for the 9th season as a regular member.

In the year 2021, she officially debuted as a solo artist.

Yuqi watched a lot of Korean variety show, "Running Man" when she was in China.

She has been nominated for "Most 100 Beautiful Faces" representing China.

Her hobbies are singing and rapping.

She used to be the president of the dance street club in her high school.

She had a hard time ass a trainee as she had no friends and was from a foreign country.

She is a big fan of the idol group Super Junior.