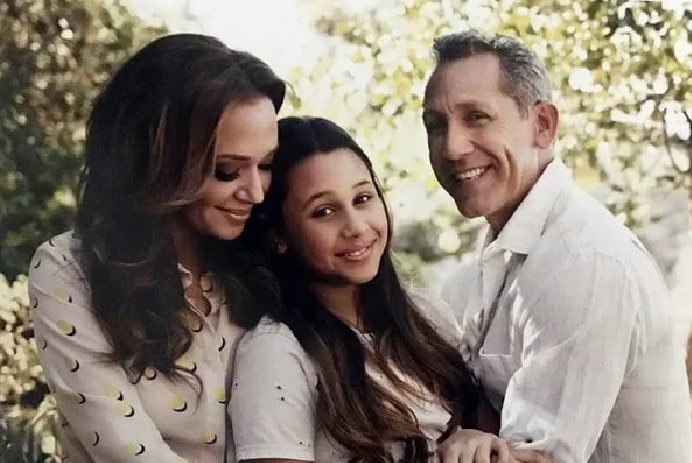 Sofia Bella Pagan is the only daughter of the American actor Angelo Pagan and Leah Remini. Pagan was born on June 16, 2004. Lately, Sofia has followed her father's path and now, works as an actress.

Angelo and Leah have given a very cute name to their daughter. Sofia means Wisdom in Greek litrature. Her middle name Bella also has its own meaning as it refers to beautiful in several languages like Italian, Latin, Greek, Spanish, and Portuguese.

Angelo has three sons from his previous relationship from which Sofia has three older step-brothers named Alex Pagan, Nicholas Pagan, and Angelo Pagan Jr. Being the youngest one, Sofia shares a very special bond with all her brothers.

Lives with her Parents

Sofia lives with her parents as she is still a minor. As she is the only daughter in the family, her parents seem to take an extra care of Sofia.

She currently lives in a Los Angeles based house owned by her parents Angelo and Leah which is worth $3.75 million. The property is on a 9,326 square feet land and features five bedrooms and 4and a half baths.

Sofia's parents have known each other for over a decade as they first met in 1996, at El Floridita restaurant and nightclub.

Their very first meeting ignited a fiery connection and they have admitted that it was a love at first sight.

After knowing each other for over seven years the duo finally tied the knot on July 19, 2003.

Their marriage ceremony was held at an open pace at Four Seasons Hotel in Las Vegas, Nevada. Their wedding was graced by a total of 125 guests including their close friends and family.

Sofia comes from a reputed and wealthy family as her actor-producer father has a whopping net worth of $5 million.

Moreover, Sofia's mother also has a massive net worth of $20 million earned as an actress, producer, author, and model.

She is best known for her works in the Second Act, Old School, and Glory Daze.

So in total, Sofia's parents have a combined net worth of $25 million from their respective careers.

Sofia is active on Instagram and has 681 close friend to catch up to, but the celebrity child hasn't shared her Gram with the world and has opted to keep it private.