home People Find Details On All Members Of Smollett Family and Know What They Are Doing Now?

Find Details On All Members Of Smollett Family and Know What They Are Doing Now? 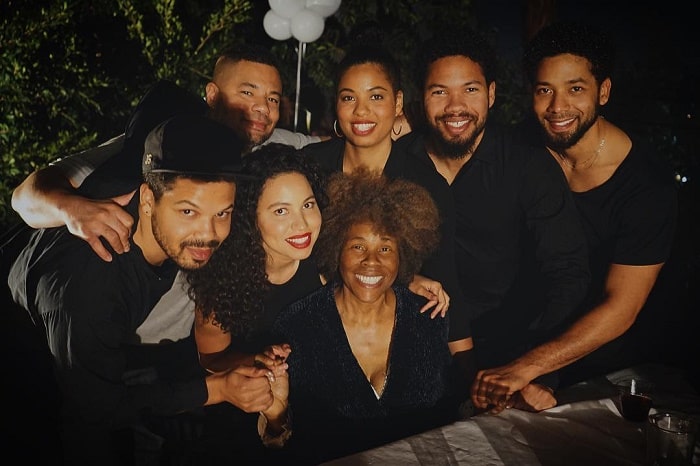 Joel Smollett and Janet Smollett were proud parent of six super-talented children. Though the parents are long gone, wherever they are, they have a very good reason to be proud of all six of their children.

Keep up with the article to know more about the members of Smollett Family, and let's get started already!

Parents Of The Smollett Family

Joel Smollett is the late father of the Smolletts, who married Janet Smollett and parented six talented children. Joel and Janet weren't entertainers of any kind but Janet who was an African-American woman and Joel, a Jewish man shared an admirable life together.

Joel was diagnosed with cancer and died battling the cancer, while he was 58 years old, on January of 2015.

So, let's have a quick look at Smollett siblings, here!

All members of the Smollett family including Jojo has appeared in the television series On Our Own in 1994.

Jazz is the second child of the Smollett family and was born on April 1, 1980, in Northern California. She is an Actress, Producer, and Production Manager and has worked in the short movie I Want You as Lennox Jones. As for now she is working in a cooking and designing projects with her brother Jake Smollett.

Jazz is married to Troy Warwell, a Top Fitness and Fashion model with whom she has given birth to a daughter. She is active on Insta with the username "jazzsmollett".

Jussie, the third child was born on June 21, 1982, in Santa Rosa, California. He is an American actor and singer and has worked in more than twenty movies and series. Among them Jussie is mostly known for his work in Empire as Jamal Lyon.

In March 2015, Jussie came out as gay in his first interview and talk show with Ellen DeGeneres. He is on Insta with username "jussiesmollett".

Jurnee Diana Smollett-Bell professionally known as Jurnee Smollett-Bell is an American actress born on October 1, 1986, in New York. She is well-recognized by her role in Birds of Prey: And the Fantabulous Emancipation of One Harley Quinn (2020) as Dinah Lance / Black Canary.

She is married to Josiah Bell, a musician and has given birth to a baby named Hunter Zion Bell. Active on Gram with the username "jurneebell".

Jake is active on Gram and goes by the username "jakesmollett".

Jocqui is the youngest child of the Smollett family as he was born on August 2, 1994 in Santa Rosa, California. He is an actor, Technologist, and Founder of hostedapp. Jocqui has appeared in his family show On Our Own and Smollett Eats. Jocqui is active on Gram and goes by the username"jocquismollett".