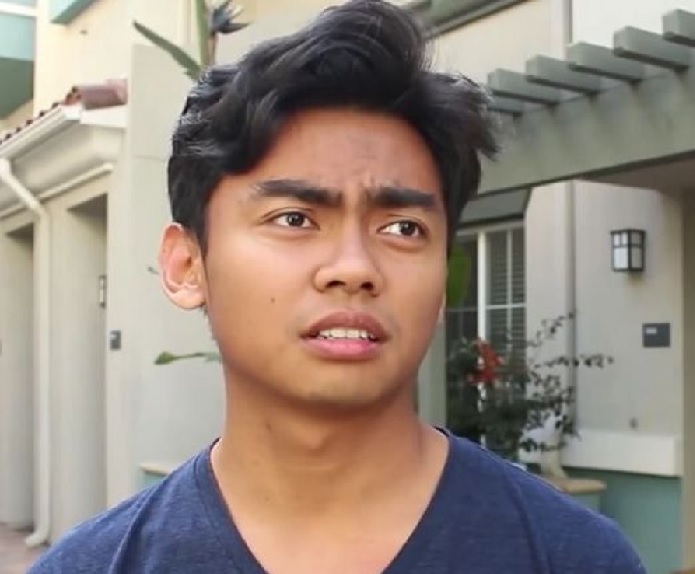 Roi Fabito who is well known by his professional name Roi Wassabi or Guava Juice is a Filipino-American YouTuber. He is best known for his series role in Escape The Night(2018) as The Daredevil.

Fabito was born on August 21, 1991, in Dagupan City, Philippines but later they moved to Durham, North Carolina when Fabito was two years old. Let's find some more interesting facts about Roi Fabito:

What is Roi Wassabi's Net Worth?

Wassabi has an estimated net worth of $3 million from his solo career as YouTuber. He has also increased his worth from hosting a game show and by acting in some movies.

After Wassabi moved to Durham, North Carolina, he went to Durham Tech Community College and studied nursing there but he later left the college. He then enrolled in North Carolina State University where he studied Computer Engineering and again left the university due to his lack of interest in the course.

Wassabi has three younger siblings named Reymound, Russell, and Ariel. His younger brother Reymound was born in 1994 who turns out to be gay and is in a relationship with Russell Calzaretta.

Roi Wassabi is in a relationship with Monette who is a dental student and a food lover. Monette also helps Fabito in making his YouTube videos and is now in a living relationship and lives together in California.

In 2005, Fabito made a YouTube channel named Wassabi Production which was later joined by Alex Wassabi in 2006. The duo started posting new videos every week by creating new ideas for every video. They made videos for over ten years and later Fabito decided to leave the channel. Fabito made his mindset about leaving the channel because of his personal reasons.

After splitting with Alex from Wassabi production, Fabito then focused on his career by making his own gaming videos on his channel named Guava Juice Games which have 683k subscribers until he knew that making gaming videos wasn't his style.

Then he started making other videos on his channel Guava Juice which have over 14.7 million subscribers. He then started doing various challenges, DIYs, experiments, Breaking World Records, and other stuffs on his channel. Fabito's Bath challenge was the most popular challenge on his channel from which his 'cheese ball bath challenge' has over 49 million views.

A Host of the game show SpongeBob Smarty Pants

Fabito became the host of the show SpongeBob Smarty Pants which is the first SpongeBob game show that will be coming soon on SpongeBob SquarePants Official YouTube channel. Every contestant will be competing with each other head-to-head to test their skills and knowledge to win the coveted Golden Pineapple.

Fabito and his girlfriend Monette owns three dogs which breeds aren't mentioned but look-alike schnauzer breed named Oogi, Callie, and Izzi who are all rescued dogs. Oogi is the oldest from the others and consider others dogs as her sisters. The couple is often spotted with their pets enjoying their leisure time and doing photoshoots with them.

Fabito was nominated for Streamy Award for Best Ensemble Cast in Escape The Night (2016), which was his first nominated awards.