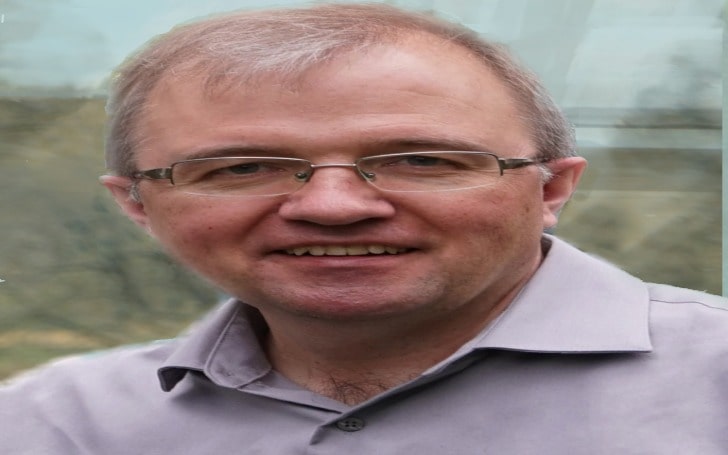 Robert Hawking is a software engineer and the eldest son of Stephan Hawking, a brilliant physicist, cosmologist, author, and lecturer. Born in May 1967 he goes with the birth name Robert George Hawking.

Robert had what sort of Family?

Professor Stephen Hawking and Jane Wilde Hawking were his parents. His father is a theoretical physicist and cosmologist, and his mother is best known for her biography, Traveling to Infinity: My Life with Stephen. Lucy Hawking and Timothy Hawking are his two siblings.

Timothy is a Formula One fanatic who began his Spanish studies at Exeter University. Whereas, Lucy is an English novelist and journalist who has previously been married. She enrolled at the University of Oxford to study French and Russian. She rose to prominence as a result of her remarkable work, which included the children's book George's Secret Key to the Universe, which she co-wrote with her father.

Stephen Hawking and his IQ?

Whether you remember Hawking as one of the most distinguished scientists of all time or not, there is no doubt that he wore science on his sleeves until the day he died. He was thought to have an IQ of 160, however, he never stated it. With 0.003 percent of people scoring so high, this high score falls into the genius category.

Despite his obvious intellect, he was not one to brag about his IQ, feeling that human skills could not be quantified. He never affirmed or disputed being a genius, just saying that he hoped he was on the top end of the scale.

The eminent scientist made several important contributions to the science of cosmology, which studies the origins and development of the cosmos.

One of his most notable accomplishments was the finding of black holes, which revealed that black holes are not absolutely black.
And that they produce what is now known as Hawking radiation.

As a kid, this affectionate son would look after his father, who had amyotrophic lateral sclerosis (ALS), widely known as Lou Gehrig's illness.

Robert is a compassionate man who, according to his mother, would do things "that children really shouldn't have to do." Sadly, Stephen died on March 14, 2018, at the age of 76, in Cambridge, England.

Stephen was a brilliant guy, but to his children, he was just a passionate man with ridiculous interests. Robert recalls his father forcing him to go Salsa dancing even when it wasn’t the right time.

For his perseverance in the face of Motor Neurone Disease, he was regarded as a hero by many including his eldest son. But his father was more than simply a public person. He was a man, a human being with preferences, emotions, interests, and shortcomings. He even used to take his younger son to motor races. He used to make it to all of his daughter's school performances, although he wasn't always punctual.

Stephen subsequently stated that among the three children, Robert was the only one who showed an interest in science. He even saw him becoming a successful scientist like himself.

Robert aspired to be a physicist like his father but instead became a product engineer. He is currently employed with Microsoft in Seattle, Washington, USA.

Despite being a British descendant after moving to Washington, he has done the job in Canada as well. He is considered a successful engineer because he is fiery and enthusiastic.

Robert's parents originally met in 1962, just before Stephen was diagnosed with motor neuron disease, better known as amyotrophic lateral sclerosis, in 1963, and began their relationship, being engaged a year later, and marrying in July 1965. Their marriage was in trouble due to his job obligations as well as his physical state.

Despite the fact that they were married for over thirty years, from 1965 to 1995, unfortunately, Hawking divorced Jane for his nurse, Elaine Mason, in 1990, although the divorce was not finalized until 1995.

According to Stephen's wife, her husband's condition pushed them into their own little black hole. Because no one anticipated Hawking to survive much longer, he hints that his wife was preparing for a new spouse. However, by 1990, he had grown dissatisfied with his wife's closeness to Jones. In frustration, he moved into another residence with Elaine, the nurse who would become his second wife.

Hawking's eldest son has managed to keep his personal life private and away from the public eye. Despite the fact that there isn't much information regarding Robert's personal life, it has been publicly acknowledged that he is a married man and the father of two children.

Robert Hawking is married to Katrina Hawking, with whom he has a daughter and a son. She is an active member of the Evergreen ALS Association and is entirely dedicated to the cause.

Even with his absence from most social media sites, we had a glimpse of Robert in 2014 when he and his brothers joined the ALS Ice Bucket Challenge.

The challenge went on to raise funds for an ALS organization in memory of the late Stephen Hawking. By the end of August 2014, the fundraising frenzy had raised more than $100 million.

Stephen married Elaine Mason in 1995, but the marriage was marred by allegations of violence. Stephen's children backed up rumors of violence and abuse. Tim and Lucy were also concerned when they saw bruises and a broken arm on Stephen's body.

In a rare interview, Tim stated that he was never certain of Mason's motivation for the marriage and blamed her for the misconduct. He called the actions absolutely repulsive and intolerable.

Elaine was described as "controlling, manipulative, and bullying" by a former coworker. She assaults her spouse, according to the nurse who cared for Stephen. The nurse stated in one of her answers, "She gets upset and throws him on the bed where he kicks his limbs or wounds himself." She let him sink low in the tub, allowing the water to enter the hole in his throat.

The couple separated in 2006, although Stephen denies any abuse charges. Instead, he characterizes Elaine's marriage as "passionate and tumultuous."

Robert, together with his mother and brothers, got about $60 million. According to many reports, Robert has a net worth of more than $1 million apart from his dad's riches.

He is a dedicated man who works for Microsoft, the world's largest IT business, which will undoubtedly pay him well. In addition to his professional commitments at Microsoft, where he earns an estimated salary of more than $150,000.