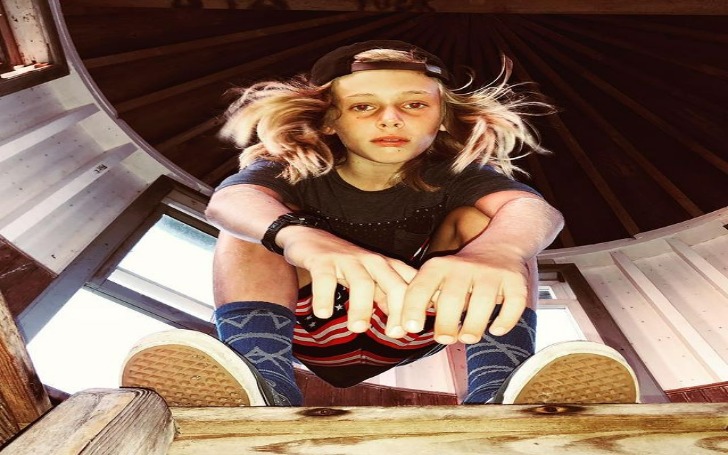 Phinnaeus Moder, who is known by the birth name of Phinnaeus "Finn" Walter Moder, is an American adolescent and one of Julia Roberts' three children with cinematographer Daniel Moder.

On November 28, 2004, he and his twin sister Hazel were born in Los Angeles, California. Henry Daniel Roberts, who was born on June 18, 2007, is his younger brother.

Relationship Between Julia and Daniel

In 2000, Julia Roberts and Daniel Moder met while filming 'The Mexican,' and they married on July 4, 2002, at Roberts' property in Taos, New Mexico.

They chose to marry after dating for almost a year. In 2002, the pair married on the 4th of July. Hazel Moder, Henry Daniel Moder, and Phinnaeus Moder are their three children.

Julia Roberts is one of the most famous and renowned actresses in Hollywood. In the comedy-drama 'Satisfaction,' she made her acting debut in 1988. In the 1989 comedy-drama 'Steel Magnolias,' she received her first Oscar nod for her role as a young newlywed with diabetes.

Later, her role in the 1990 romantic comedy 'Pretty Woman' cemented her place as one of Hollywood's top actresses. People magazine has named her the most beautiful woman in the world five times. She has three Golden Globe Awards, one Academy Award for Best Actress, and one BAFTA Award.

Daniel Moder, Phinnaeus' father, is a Primetime Emmy-nominated cinematographer. He began his career as a production assistant on the submarine film 'Crimson Tide' in 1995.

Moder then worked as a camera loader on a few films before landing a job as a second assistant cameraperson on the action movie 'Enemy of the State.' The 2002 family picture 'Grand Champion' was one of his first films as a cinematographer. For his role in the 2014 telefilm "The Normal Heart," he got an Emmy nomination.

Prior to this, Roberts and Moder were in a relationship. Lyle Lovett, a country artist, was formerly married to Roberts. Julia was once married to Kiefer Sutherland, an actor. Moder was married to Vera Steimberg at the time he met Roberts.

Daniel married Roberts only after their divorce had been finalized.

Life as a Star Kid

Phinnaeus Moder has been in the spotlight since he was born, being the son of one of the greatest cinema stars of all time. The paparazzi still photograph Phinnaeus and his siblings frequently. He was on VH1: All Access in 2006 for one episode.

In 2016, Phinnaeus made his acting debut as Ring Bearer Dominic on 'Mother's Day,' under the stage name Finn Moder.  Phinnaeus also hails from a family of performers, including his cousin Emma Roberts, who is already a well-known actress.

The celebrity child Phinnaeus Moder seemed to like a private life but his parents are quite famous on social media. Daniel Moder, his father is active on Instagram with the username of @modermoder with more than 70.2k followers.

Likewise, Julia has more than 9.6 million followers on her Instagram. They post quite a good amount of family pictures.

In order to get the latest updates, follow Glamour Path.