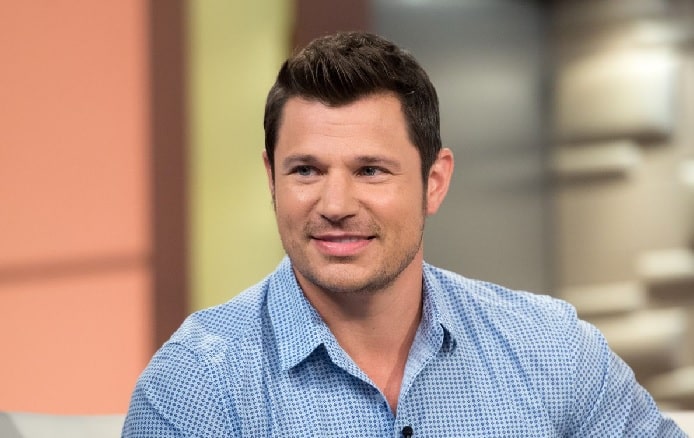 Nicholas Scott Lachey who is professionally known as Nick Lachey is an actor and singer. From his varied career, Lachey has a huge net worth of $20 million.

Lachey has been nominated for five awards in between 2004 to 2006. He also has earned his worth from guest appearing in many series. Let's find more information about Lachey's net worth:

How did Nick Lachey earn his worth?

Lachey has a whopping worth of $20 million from his career as an actor and singer. He has worked in twenty-five movies, television series, and short videos. Not only from acting Lachey has earned his worth by writing and producing television series. He has written nineteen episodes of 'Taking the Stage' and has produced twenty episodes of the same show "Taking the stage' as well as Lachey's Bar.

Wife is Worth $10 million

Nick Lachey married Vanessa Joy Lachey, an actress, host, and fashion model who is worth $10 million. She has appeared in more than twenty movies and television series where she is best known for her roles in Truth Be Told, Dads, and A Twist of Christmas.

In 2011, Lachey owned a house with his wife Vanessa Lachey which is worth $2.85 million in Encino, California. The house stands on an 8,134-square-foot of land that includes six bedrooms, eight bathrooms, a living room, a media room, a pool house, a dining room, a grassy yard, and a spacious master bath.

After selling his house, Lachey bought a house worth $4.15 million in the same neighborhood in Encino, California. The house stands on 16,187.4 square-foot of land which once belonged to late American singer Jenni Rivera. Their house includes seven bedrooms, ten bathrooms, 18-foot ceilings, a bar, dual master suites, a home office, and a swimming pool.

The Vietnam Soldier from 'Bewitched' has been earning his wealth by being a member of 98 Degrees which is a pop and R&B group. The band has released five studio albums, twelve singles, and more have released more than ten music videos from which they sold over 10 million records.

Lachey has appeared in three movies, nine television series and eleven short videos from where he has been able to amass a total earning of $6 million by being an actor. Some of his re-known roles are in Bewitched, The Hard Easy, Charmed. and Newlyweds.

Nick Lachey was the part of a competition 'Dancing with the Stars' where the celebrities are paired up with professional dancers. He was paid $345,000 for participating in the competitions where Lachey appeared only for six weeks after quitting the show.

His ex-wife consider him 'The Biggest Money Mistakes'

In one of the interviews with Nick Lachey's ex Jessica Simpson was asked a question bout her biggest money mistake and she replied by saying her first marriage. As the finalization of their divorce was in 2006, the court ordered them to divide the equal amount of their income but to avoid a court battle, Lachey settled for less which was even half of their combined worth.

According to Simpson, she has paid $12 million to Lachey and stated that she didn't sign any prenuptial agreement.