home People Time When Natalie Portman Was So Pregnant! – Diet Plan and Eating

Time When Natalie Portman Was So Pregnant! – Diet Plan and Eating 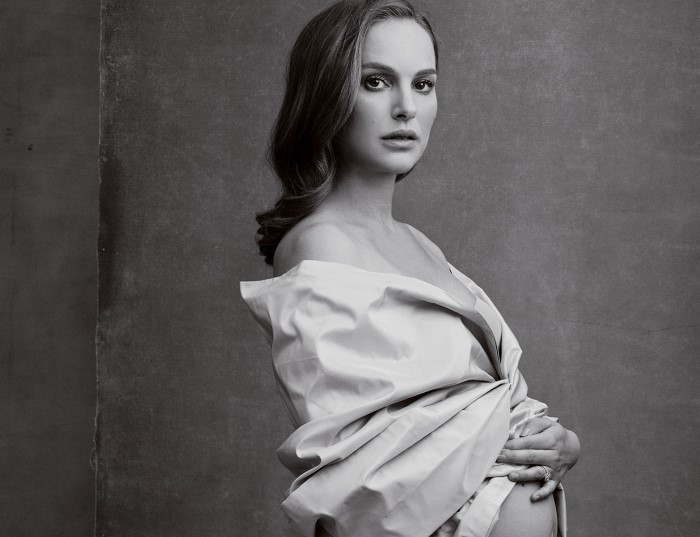 The sexy mother of two is an active animal right activist and promotes veganism so much that her announcing that she is quitting vegan diet and diving into dairy because of her pregnancy cravings was a big shock to all.

Natalie Portman was pregnant with her first baby, Aleph Portman-Millepied in 2010, announcing her having a mini version of her and her husband Benjamin Millepied in December.

Aleph was born on June 14th of the year 2011 without his parents knowing his sex. According to the Jewish superstition, preparing the baby's essentials is only done after the birth, and that is exactly what Natalie and her husband, Benjamin did.

Like any other pregnant woman, Natalie craved a lot of unusual foods which she would rather not prefer to even think about eating on a normal non-pregnant day.

At first, Natalie's cravings were going good- ketchup, pickles, hummus and vinegar infused foods, but at some point she craved for eggs which subsequently grossed her out a while later.

The pregnant mommy listened to her body wanting eggs and dairy products and turned into a vegetarian. Portman being a vegan started to upset her because at a point all she wanted to eat was cookies, cakes and other bakery items from your normal bakery which all includes eggs and milk.

The No Strings Attached star also went on about how vegan mothers should really be careful with iron levels or B12 levels and take supplements if needed because fully vegan diet might not contain the amount of nutrition a pregnant woman's body needs.

Natalie Portman's second baby Amalia Millepied was born on 22nd February of the year 2017. Just like Natalie's first pregnancy, she went on to become a vegetarian after being vegan for about 5 years after the birth of her son.

The Golden Globe Award winner put her and her daughter's health on the top and opted for dairy and eggs as the nutrients are very high on those food. In her second pregnancy, Benjamin said Natalie ate a lot of food and whenever the couple went somewhere, Portman's main concern would be if they have the food that she would want to eat.

The Oscar winner however, was always prepared for the worst and ate pancakes or grabbed a veggie burger before she took off anywhere.

Did Natalie Portman Continue Being a Vegan After her Babies' Birth?- Her Recent Diet Choices

The Academy Award winner mom as the matter of fact did go back to being a vegan after the birth of her lovely kids. Actually, THE fact is her kids living a healthy vegan/vegetarian life along with her and her husband. Natalie is a vegan while her husband and kids are vegetarian.

The mother of two has talked about how healthy vegetarian life has been normal and easy going for the kids as there is only one thing on the table that everyone eats how it is normal people food for the kids.

Glamour Path for more Pregnant Celebrities and their Diets.