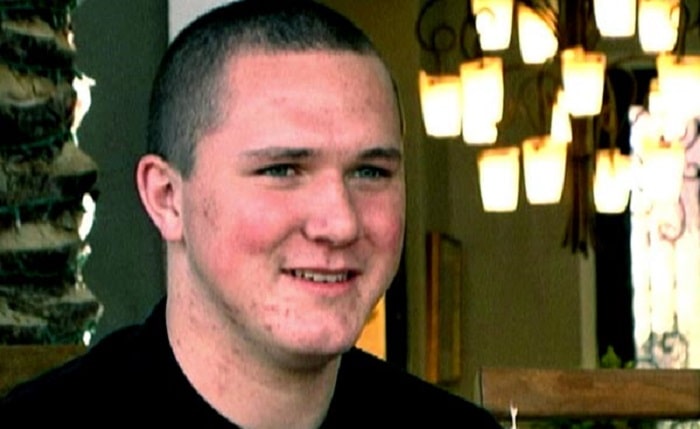 Michael Bryan Blosil is the adopted celebrity baby of his famous parents Marie Osmond and Brian Blosil. Michael was born on 4th May, 1991.

The name "Michael" is derived from the Hebrew word "Mikha'el" which translates to "Who Is Like God?".

The name "Bryan" is a variant of the name 'Brian' which means "high" or "noble".

At 26 February 2010 Michael leaped to death from his eighth floored apartment room leaving a suicide note that were to be found by his friends stating his fight with depression and how he wanted to end his life.

Michael's best friend being with him the night of incident claims that Michael was sober and not drunk as many tabloids were giving out this information.

He had been in a rehabilitation center for undisclosed reasons since he was 16. Two years after Michael started his rehab, Marie Osmond his mother gave an interview stating Michael's well being and recovery.

Michael was buried in Grave East Lawn Memorial Hills Cemetery which is located in Provo, Utah.

Rumors and Accusation About Him Being Gay

There are many speculations about Michael's sexuality being the main reason of him having to end his life. Marie's religion does not allow homosexuality therefore many people have accused him of taking his life. He was probably scared that his mother would have disowned  him because of his sexual preference.

His mother claims that he wanted to get married have kids and travel the world. She ended her statement saying that she wouldn't have minded if he were gay in an interview with Oprah Winfrey which gives rise to more suspicions.

Marie Osmond, his mother has accumulated her wealth mostly through music and its estimated that her net worth is around 20 million. She is a part of her famous family music band named "The Osmonds".

Brian Blosil, his dad is a retired actor and has an estimated net worth of 500k. He has been a cast of many movies because of which he got his mentioned net worth.

Marie Osmond and Brian Blosil are now divorced after being married for 20 years. The couple's relationship as all relationships had their ups and downs.

After the birth of their second biological child Matthew Richard she ended up having postpartum depression which played a major part in the split of the two. It's been said that they were back together after several months of their split but at the end they ended their marriage at 2007.

They both stated that their divorce was mutual and their marriage was a faithful one with neither parties being responsible for the parting.