Mia Maples - The famous Canadian YouTuber With Over 3.26 Million Subscribers 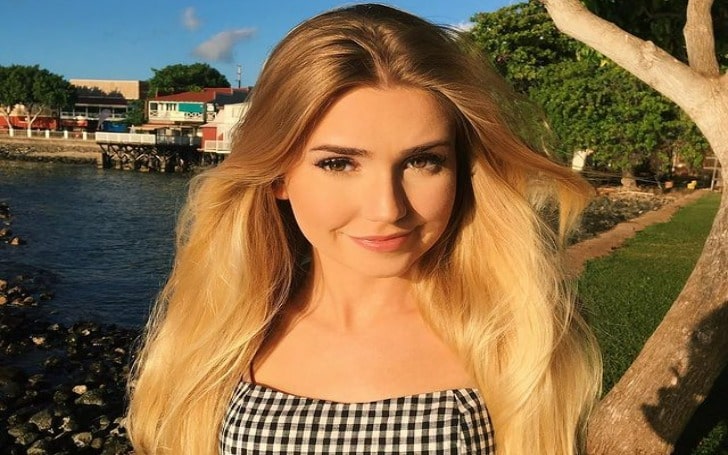 Mia Maples formerly known as Ivorygirl48 is a popular Canadian YouTuber with over 3.26 million subscribers. She is known for her DIY tutorials, hauls, beauty vlogs, product reviews, pranks, and general vlogs, among other things.

The Youtuber calls her YouTube channel a "chameleon" channel since she likes to publish videos on a range of topics. Currently, the young diva works for Style Haul and promotes the company's products and services on a regular basis.

On February 14, 2013, Mia Maples started a YouTube channel. Mia Maples was the original name of the channel, which she changed to "Ivorygirl48." Maples continued to expand the amount and diversity of videos on her channel, and her audience grew. Her YouTube channel presently has more than 3.26 million subscribers.

The influencer currently uses YouTube to display her many talents by releasing videos on DIY decorations, home makeovers, art and craft, beauty, cuisine, and lifestyle. She is fairly constant in her video posting, with new footage appearing roughly three times each week.

Mia who was born on March 18, 1999, in Canada has her family consisting of her parents and her younger brother Alfonzo, who has starred in a handful of her Youtube videos. Her mother is a warm and loving woman who treats her like a friend.

On August 4, 2013, the social media phenomenon collaborated with her brother for the video My Brother Does My Makeup. The video depicts the siblings' wonderful bond. Maples and her parents have a strong relationship.

Talking about Mia Maples's personal life, she has previously been linked to a man named Luke, who appears frequently in her YouTube videos. She released the video 'Boyfriend Buys My Outfits' in November 2017. On May 6, 2018, she included him in a new video called "Boyfriend Does My Makeup," in which she showcased their connection as a couple in love.

However, she is presently engaged to her fiance, Stewart, on October 23, 2021. She posted a photo on Instagram and then announced that she had posted a video on her YouTube site answering engagement questions.

The young diva has a line of merchandise named "Fanjoy." Girly phone covers and girly cosmetic accessories are among the merchandise. Wanna buy some? Then visit her merch website at www.fanjoy.com

Mia Maples is a well-known Instagram celebrity who rose to prominence by uploading images with motivational words and Reels. @miamaples

Keep in touch with Glamour Path for the latest content.