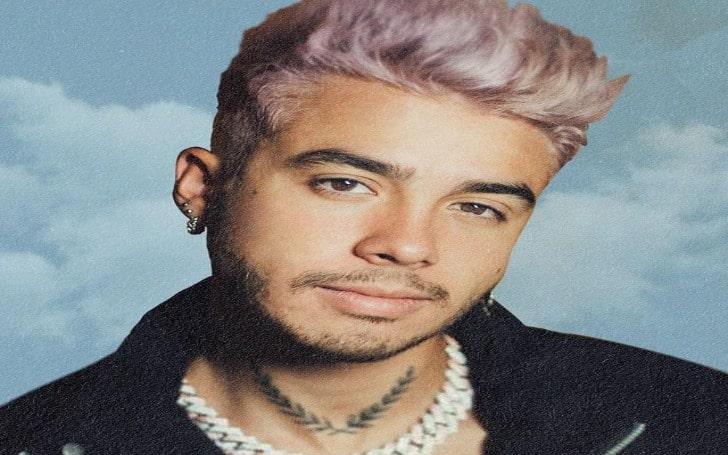 Mario Bautista is a Famous Mexican singer, composer, vinyl artist, and social media figure. His birth name is Mario Alberto Bautista Gil. He was born on March 5, 1996, in Mexico City and rose to prominence with songs such as Baby Girl and Say Nothing.

Mario has garnered popularity on YouTube for his sketch comedy and Vine compilations. He runs a YouTube channel that has almost 3 million subscribers. Mario was already famous in Mexico at the age of 20, with over eight million followers across various social media platforms.

Mario's passion for music began when he was a child. In primary school, he began by taking musical classes and dancing instruction. He had already started a YouTube channel and released many videos by the time he graduated from high school.

The young man then started making some hilarious comedy videos, which drew a lot of attention. He chose to release his music CDs after his slow ascent to prominence. He was part of more than 50 shows throughout 2015. The Teatro Metropolitan Tour and Preparando El Camino Tour are two of the productions in which he has performed.

Argentine singer Gloria Gil is his mother, and Carlos Daniel Bautista is his father. Daniel and Jan Carlo Bautista are his brothers and he is the middle brother.

Fey, a well-known Mexican pop singer, is his cousin. Basically, he belongs to a family with musical background.

Mario Bautista dated a Brazilian model named Bárbara Boller from 2018 to 2019. After a breakup, the singer remained single for some time.

Currently, he is in a relationship with Dany Gomez who is a model and a social media influencer. We can find Mario posting a happy 1 year anniversary picture on his Instagram account.

Mario has accomplished great milestones in his profession since his climb to popularity. Mario won four major prizes in 2015, including Best North American Act at the MTV Europe Music Awards, Kids' Choice Award, and two MTV Millennial Awards. He got the MTV MIAW for Digital Icon of the Year in 2016 and in the 2019 Kids' Choice Awards México won the Favorite National Artist.

The Youtube sensation then launched his debut album, Aqui Estoy, in 2016, and it was a big smash, landing him on Billboard's Social 50 Chart. He has performed on a number of national and international tours, including the well-known Aqui Estoy tour, which was titled after his debut album.

The net worth of $3 million

As of 2022, Mario Bautista's net worth is estimated to be approximately $3 million. Most of his riches are accumulated from his career as a musician.

It is revealed that he earns up to $45.42 thousand monthly.

The Mexican singer is quite active on his social media handles. First thing first he joined Youtube on 15 Feb 2012 and as of now, his youtube channel has more than 2.91 million subscribers.

The singer has a height of 5 feet 8 inches and he weighs around 68 kgs.

And his body measurements are 40-31-14 inches and has six tattoos.