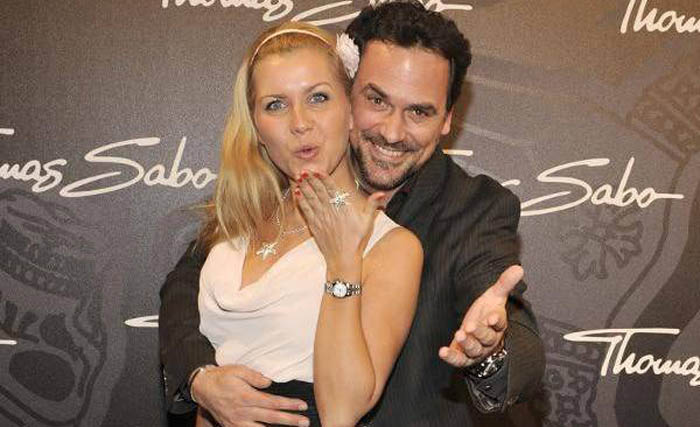 Marcus Grusser is a German actor who is known for movies and TV shows like; 'Wildbach', 'Eine Liebe am Gardasee' and 'Kreuzfahrt ins Glück'. He is also widely known for being the former husband of Jessica Boehrs, who is a German singer and actress.

Grusser was born on Sunday, 31st of July 1966 in Berchtesgaden, Germany. His sun sign is Leo through his birth date and holds German citizenship.

Marcus Grusser has a net worth of $1 million and his main source of income is his profession as an actor. He has worked over 44 movies and TV series till date, from which he accumulated a massive fortune.

Furthermore, Grusser also collects money from his guest appearance in the shows, events, and programs as a prominent actor.

Marcus' Before He Became Star

The 53-years-old actor, Grusser was very passionate about acting from his childhood days. At the age of 19, he joined and got trained from Professional Action Stunt Bavaria (PAS) for one and a half years.

After that, he took acting class for three and a half years from drama school (ISSA) Internationale Schule für Schauspiel located in Munich, Germany.

The SOKO Stuttgart actor, Marcus Gusser was once married to Jessica Boehrs. The former lovebird tied the knot in 2010 at Lake Chiemsee in Germany. The ex-couple dated for four years before they got engaged, where the two met first in the set of the TV series 'Love on Lake Garda'.

Grusser proposed Boehrs for three times, before their marriage, where firstly, he proposed her for the wedding just after three months of dating. Secondly, he asked her at the Berlin bar and thirdly, he proposed with flowers in Aschau im Chiemgauer.

In an interview with BUNTE, Marcus said that he was tired of asking for her hand and he finally made when he gave an engagement ring to Jessica in front of her father.

Boehrs is a German actress & a singer, best known for her role in movies and TV shows like; 'Eurotrip', 'Kreuzfahrt ins Gluck', 'Strom of Love'.

The Couple Broke up After 5 years of Wedding

Marcus Grusser and Jessica Boehrs split up in March 2015 with an officially divorced after 5 years of happily married life. The reason behind their separation has been disclosed as Boehrs' extramarital affairs.

While the time of their divorce, Jessica was pregnant with another man’s child. She gave birth to a son after their divorce on September 2, 2015.  Since after divorce, Marcus has moved with Sylvie Linden Bauer and living a romantic life with her.