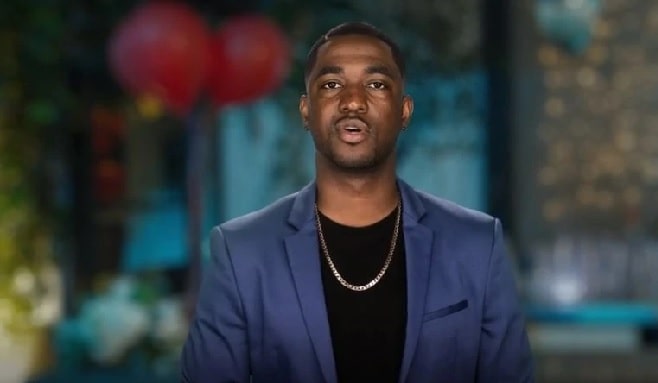 Marcus Black is an American rapper and songwriter who has written music for Justin Bieber. He also has collaborated with Jayceon Terrell Taylor known as The Game.

What Is Black Net Worth?

Black has an estimated net worth of $2 million from his career as a rapper. He also has earned his worth by promoting various fashion lines such as Fashion Nova.

What Is Black and Valentine Relationship?

The Epilogue singer is engaged to Brooke Valentine, an American singer, actor, and model. The pair got engaged at the end season of Love & Hip Hop Hollywood 5.

Although the couple is publicly engaged, their married life is still confusing. In one of Valantine's IG picture, a fan asked her 'Are you married yet sis and are you still celibate?'. She replied 'Yes and no' with a kiss emoji.

Many sources claim that the lovers are already married but they have neither confirmed nor denied the rumors. From their love life, they have three children together.

Their son London was born on November 29, 2009, while their youngest child Summer was born in April 2019. The pair mostly keeps their children's information and life private as they rarely talk about their children.

Black son London, suffered from a stroke during his time of delivery which led to a diagnosis of cerebral palsy and hemiplegia.

After London's birth, Valentine was unable to see him as a transport unit came and told her that they were shifting London to another hospital for life flight for further treatment. Then luckily, a nurse noticed that London was having a seizure. Then within 30 minutes, he went through MRI and had five seizure.

As of now, London is completely healthy and his seizure hasn't been any problem.

Black has released two albums named Six Days Seven Nights on September 20, 2015, and After Hours on July 7, 2017. His first album has a total of seventeen songs whereas his second album has seven songs.

Appeared In Love and Hip Hop

Hate On Me singer, Black has appeared in Love and Hip Hop, a reality television series for over twenty-eight episodes. The series has shown the struggles of the Black and Valentine.

In season four of the series, the pair had an on and off relationship whereas, in season five, the couple got engaged.

Black has paid partnership with Fashion Nova Men and has promoted various clothing of the brand on Insta.

As for Black social media presence, he is active on Instagram and Twitter. He has 535k followers on Insta and 2,664 Followers on Twitter. Black usually post a picture of his fiancee, wife, friends, and himself clad in Fashion Nova clothes,