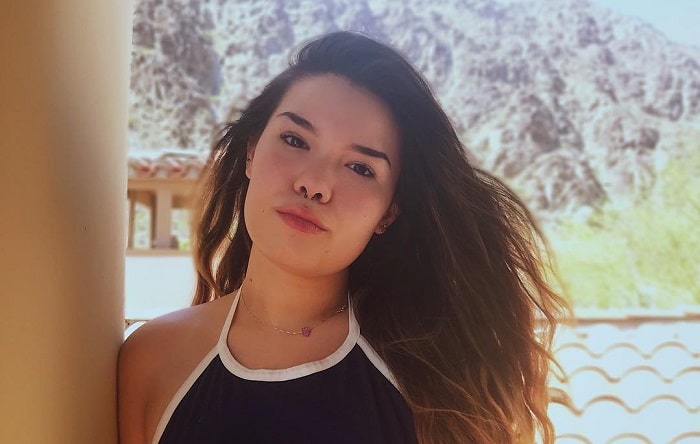 Madison De La Garza is Demi Lovato's youngest and the only half sister. Madison is the second younger sibling of the popular singer among her three siblings.

Madison is already an actress and is following her elder sister's footsteps to the stardom. Madison was born on 28th December 2001.

Here are some facts on little Lovato.

Madison De La Garza's mother Dianna Hart started dating her father, Eddie, on the same year she got divorced to her ex husband, Patrick Lovato in 1994.

After a year of dating, the two tied the knot in August 5, 1995. Their marriage have been very healthy and Eddie is really supportive to Dianna's career choice unlike Patrick who divorced her for her decision to go into the music industry.

Dianna Hart De La Garza has the net worth of $2 million thanks to her previous successful career. Madison's mother is a former professional cheerleader who cheered for NFL’s Dallas Cowboys. Dianna then turned into a country singer pursuing her career on the singing field.

Both of Garza's sisters are actresses and Demi Lovato is a singer and a songwriter as well.

The three sisters are very close and supportive to each other. Demi and Dallas being Madison's step sisters did not change the fact that Madison was their little sibling and loved her liked they loved each other.

Madison De La Garza, as a little girl has already starred in a television show named Real Housewives. She was in the show starting from 2008 to 2012.

After being Demi Lovato's half sister, she gained her popularity through her role as Juanita Solis on the show Desperate Housewives.

Madison De La Garza was always on the chubbier side on screen and everywhere she was pictured in. She shocked everyone on her 16th birthday where she lost weight drastically. It was a little too much to see Madison lose so much weight which made her look like a total different person.

Madison was bullied at her school for her weight and thus began her difficult journey of losing pounds. She controlled her diet and started aerial workouts and the results are stunning. Her sister, Demi Lovato shared many pictures from her Sweet 16 birthday party and had everyone gush on Maddie's weight loss which gave her a totally different look.