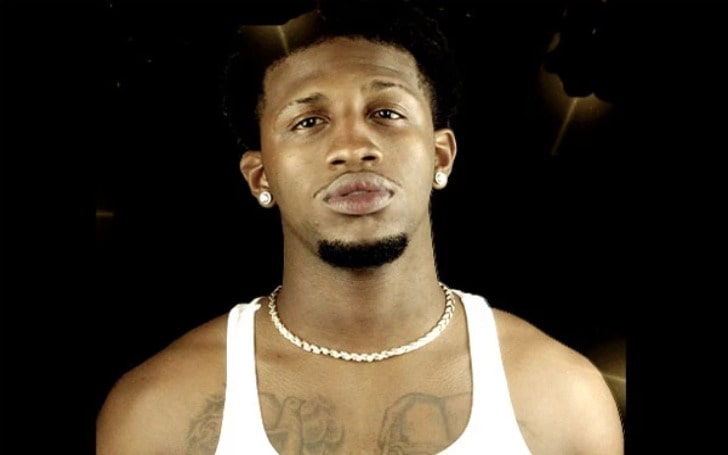 Jemiah Middlebrooks goes by the rap name "Lil Pantz" is an American rapper also is a former member of "Outta ST8 Boyz". But for some reason later left the band in mid of 2011.

After leaving Outta ST8 Boyz in 2011 the hip-hop rap artist has now become a solo artist and is working on his music career.

The hip-hop artist's father died when he was just 12

The American rapper is passionately working to grow his music career right now. The rapper is mostly seen making beats in his studio most of the time and has informed us to drop his first album soon through his Instagram bio.

The rapper is also is accepting beats from people as he says "Send #beats to [email protected]" on his Instagram bio.

The 24 years old rapper Lil Pantz's net worth is amassed to $300,000. He owns a white Mercedes CLK350 which costs around $57,000 to $76,000. He was seen jumping out of the luxurious vehicle in the documentary uploaded on Youtube by Spritelife Films. Where his former partner Swae Lee's net worth is way much higher than his.

Pantz left the band in 2011 due to some legal reasons which are still in the dark and have not been clarified. Although he has become a solo artist by now, he still has a soft corner for his former ST8 Boyz members, this shows there were no harsh feelings between them and it is not the reason that the rapper had to leave the band.

The boys' band had released their first song "Party Animal" back in 2010 which got them fame in the community. All of the members in the band were so into music that they would collect their pocket money and buy essentials for music-making. Lil Pantz was later replaced by Andre "King Dre" Harris.

The rapper has not talked about his wife or his parents but he admits that he has a daughter in the same documentary video on Youtube uploaded by SpriteLife Films. Where Pantz's grandfather Larry can be seen.

Lil Pantz recently has been putting in a lot of work for his music as seen on his latest Instagram post Pantz has dropped a new video and is asking out producers to DM him. We hope his new album is going to be a hit.

Glamour Path for more information on other rappers.