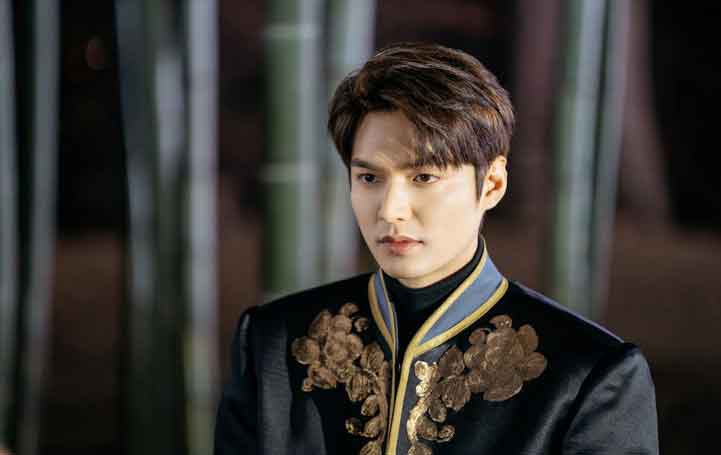 Lee Min Ho (이민호) is a popular South Korean actor, singer, and model remaining at the heart of many people. He was born on June 22, 1987, in Heukseok-dong, Dongjak-gu, Seoul, South Korea.

He is considered the top among the Hallyu stars. He is popularly known for his role as Gu Jun Pyo in "Boys Over Flowers".

The actor graduated elementary school at the age of 15.

He attended Konkuk University where he majored in Film and Arts.

His father is a businessman whereas his mother is a housewife.

Ever since childhood Min-ho dreamed of becoming a football player. He was also selected for the competitive class taught by former South Korean Football player Cha Bum Kun. However, his dream came to a pause when he broke his arm when he was in 5th grade.

After his pause in his football career, he started his journey in the entertainment field as an actor.

Career As A Rising Star

Min Ho started his career during his second year of high school. His official debut as an actor was in 2003 as Park Du Hyun in the television series "Secret Campus".

Further, in 2007, he played the role of a student in a high school drama "Mackerel Run".

Min Ho successfully established his acting career in 2009 through a school drama "Boy Over Flower" playing the role of Gu Jun Pyo.

In 2010, he acted alongside Son Ye Jin in a romantic drama "Personal Taste", from which he alone earned 60 million Won.

The drama "City Hunter" which aired in 2011 added more to the growing popularity of the actor. The drama became a hit all across Asia.

"Faith (2012)" a historical drama garnered 10% viewership ratings but from a commercial point of view, the drama was a flop due to the high budget film-making.

In 2015 he earned great respect from the public as well as critics for his role in the movie "Gangnam Blues".

A fantasy rom-com drama of Min Ho was released in 2016 titled "The Legend The Blue Sea" starring Jun Ji Hyun which garnered great attention from the viewers. In the same year, he starred in the movie "Bounty Hunters" a South Korean-Chinese drama that grossed US$ 31.1 million after its release.

As of the year 2020, Lee has won almost 30 awards throughout his career.

Net worth: How Rich Is Min Ho?

Lee Min Ho's estimated net worth is $12 million. His income is $84,000 per episode and is among the highest-paid South Korean Male actor. All his incomes are mostly through his acting career, modeling, and endorsements.

He perhaps utilizes his incomes by investment in real states. He owns houses and villas in Seongdong District and properties in Seongbuk District.

The Hallyu Star also owns a luxury villa of 9 floors located in Gangnam-gu, with a home theatre, party room, and gym. It is a complete facility villa.

He also owns various cars among which are his collection of a sports car. He bought Mercedes-Benz CLS 350 back in 2009 after filming the hit drama "Boys Over Flower".

Accident: Where The Actor Nearly Reached The Door Of Death

A severe car accident occurred in 2006 which involved Min Ho alongside his actor friend Jung Il Wook and two other friends in the front seat. It happened when they were on their way for a vacation road trip in Gangwon Province.

The car was hit by another car from the opposite lane destroying the hood and engine of Min Ho's car. The car that hit them ran off leading it to a hit-and-run case.

After the accident, he had severe injuries in this thighs, ankle, ribs, legs and had to go under surgery due to the torn knee cartilage.

He had 46 cm of iron plates planted in his right legs for three years.

Another Accident Which Can Be Called A Destiny for Survival

In 2011, Min Ho was again involved in a car accident. This happened during filming the action drama "City Hunter" where he had to do various action scenes.

Thankfully despite a fatal car accident Min Ho survived the scene and didn't have any severe injuries and was recovered well from it.

The model served mandatory military service in 2017. He was exempt from any physical activities during the enlistment due to his accidents in the past and was enlisted for the post of public service officer in the social welfare center.

Lee Min Ho's first reported relationship was back in 2011 when he dated his co-actor of the drama "City Hunter" Park Min Young. They parted their ways after five months of dating.

In 2012 he was rumored to be dating secretly Park shin Hye his Co-star of the drama "The Heirs".

He was in a relationship with former girl group member "Miss A" Bae Suzy for almost 3 years. They started dating back in 2015 and ended their relationship in 2017.