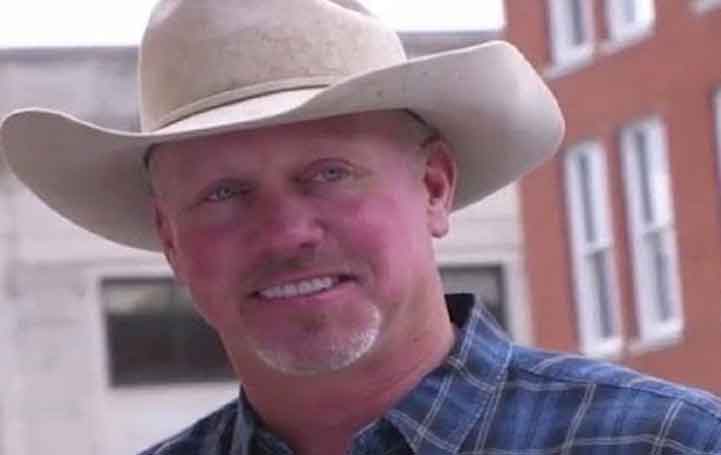 Ladd Drummond is an American rancher from Oklahoma who owns the biggest ranch state in the United States. He is the owner of the ranch company "Drummond Land And Cattle Company".

He runs his ranch together with his brother Tim. He is the 4th generation rancher. He is also renowned as the husband of the popular blogger Ree Drummond.

Ladd was born on January 22, 1969, in Nebraska, United States. He is the son of Nan Olsen and Chuck Drummond. He grew up together with his two brothers Tim Drummond and Todd Drummond.

During that time Ladd's father was studying and the Drummond family was living in Oklahoma. They moved back to their ranch when The father completed his studies. Sadly He lost his brother Tod in an accident.

Due to the ranch business running through the family Drummond was exposed to it since childhood. He often handled the tasks and did manual labor and also was able to drive a truck from an early age. This exposure made him take over the family business and be the owner of the ranch.

The rancher Ladd Drummond has an estimated net worth of $240 million that includes all his assets and wealth. The Drummond family is the 23rd largest landowner in America. the family owns 433000 acres of land and 44000 square miles of land. The ranch has around 25000 cattle and horses altogether.

The ranch has an estimated annual revenue of $2.5 million. They also collect $2 million from the Bureau of Land Management, USA as the US government has rented part of the land to allow wild burros and horses to roam on the land.

Ladd is also partly the owner of the Pioneer Women's Store and ventures. With all the earnings and assets Ladd is one of the richest ranchers in the United States.

The first meeting between Ladd and Ree was at a country bar when Ree had relocated to Oklahoma to have a fresh start in life. After the first meet, Ladd fell in love with Ree and waited for almost four months before asking Ree out. He mustered up all his courage within those four months and asked Ree out.

Their first meet was in between the mid-1990s. After spending some time together with each other, the couple decided to tie knots in 1996. They went to Australia to have their honeymoon.

One of the interesting facts about the couple's wedding is the Ladd left his reception party just to watch a football match between Arizona State University and Nebraska as he is an avid fan of football.

The couple has given birth to four beautiful children; Alex, Paige, Bryce, and Todd. The Drummond parents decided to homeschool their sons and their daughter are University University students. Alex attends Texas A and M University and Paige attends the University of Arkansas.

Ladd Drummond was once involved in a serious truck accident near the family land. He had his truck collide with his nephew Caleb when they were working together to keep out the fire that occurred in the ranch.

Ladd was left with a broken neck in two places. The broken neck was so near to the death of the cowboy. He underwent surgery through hardware to bring his broken parts to their right place. Thankfully though all the surgeries and better care made Ladd's recovery faster.

His daughter Alex, the wedding was just a few days away from the accident, however, he recovered and attended the wedding in neck braces. For this, his daughter was very grateful as her father was able to take her to the wedding.