Get to Know Kiyanne - Rapper, Actress and Reality TV Actress from LAHH 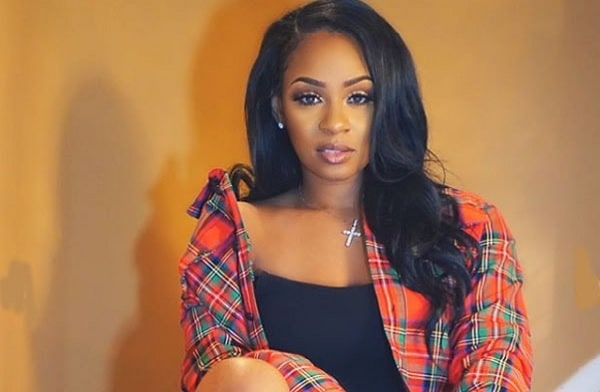 Kiyanne is an American rapper who is known for her freestyle music in Couple B-tches and a former girlfriend of prominent rapper, Jaquae. The rapper rose her fame after she released mix-tape, Wolf of All Streets. She was born on March 17, 1993, in Long Island, New York, and her birth sign is Pieces.

Let's look at some interesting facts about Kiyanne:

How Much is Her Net Worth?

Kiyanne has an estimated net worth of $4 million, which she makes through her professional career as a rapper and appearing as a supporting cast in hit shows, Love & Hip-Hop: New York.

Besides that, she has a Youtube Channel named The Real Kiyanne where she features Q&As, music videos, and vlogs. In the average salary, she earns $5 thousand from her YouTube channel.

Likewise, her ex-boyfriend, Jaquae has $400,000 net worth. He gains revenue through his acting and rapping career.

The LHHNY's star, Kiyanne initially started her rapping career at the age of 15 years and entered in music Hollywood industry. She became popular when she released her freestyle video Couple B-tches. After that, she gave song likes The Gram, Wolf of All Streets, and Played Ya Self in the Wolf of All Street. Now, she is also a media personality who has 1.1m followers on Instagram.

The television actress of Love & Hip-Hop Kiyanne was in a relationship with former boyfriend, Jaquae since 2017. They were also seen in television show Love & Hip-Hop together as a couple. The ex-couple met for the time through their common friend and after some days they began dating. Unfortunately, they got separated in 2018.

Reason Behind Their Breakup

The lovebirds' breakup in the year 2018 because of Jaquae being a cheater in the past. According to Kiyanne and Sophia, he was a guy, and also he spends a night with Anai in St. Maarten.

Mother of a Son

New York rapper, Kiyanne wants to keep her personal life private. On social media as well as in interviews, she has proudly shared about the birth of her son to her fans and followers. She welcomed her son in 2016 from her previous partner but her son's father detail has not revealed yet. Her son has appeared in one of her music videos.