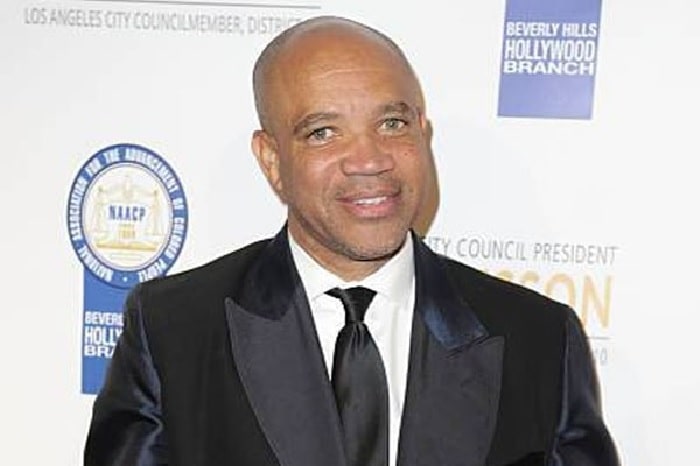 Kerry Ashby Gordy professionally known as Kerry Gordy is a Music executive, producer, and writer. He is mostly known for his work Astro Disco, Right In Front Of You, and Do You Love Me.

Gordy was born on June 25, 1959, Detroit, Michigan but later moved to Los Angeles with his father Berry at the age of 13. Let's find some more interesting facts about Kerry Gordy:

What Is Kerry Net Worth?

Gordy has an estimated net worth of $5 million from his varied career as a Music executive, producer, and writer.

Gordy went to Beverly Hills High School and got his Bachelor In Fine Arts degree with Benny Medina, a producer, and CEO of The Medina Company.

Blessed With A Lovely Daughter

Gordy has a daughter named Juliet Gordy James, born on November 30, 2000. She is an actress and model who appeared in a Netflix original series 'Soundtrack' as Leah.

Juliet was invited to Le Bal Debutante ball which is a French ball held every year along with her parents.

Gordy is from a reputed family as he was born to Berry Gordy and to late Ray Singleton. Bery is an American record executive, songwriter, film, and television producer.

He is also the founder of Motown record label which was the highest-earning African-American business for decades. From his various career, Berry has a whopping net worth of $400 million.

His mother Singleton is an American songwriter R&B producer, and vocalist. She was best known for being the ex-wife of Berry and was often known as Miss Ray. Singleton died because of brain cancer on November 11, 2016, in Woodland Hills, California.

His oldest sibling Hazel Gordy was born on August 24, 1954, from Berry and Thelma Coleman. She was married to American singer Jermaine Jackson and gave birth to three children Jermaine Jackson, Jr., Autumn Jackson, and Jaimy Jackson. They got married in 1973 while they were together for over fifteen years and got divorced in 1988.

Then in October 1955, his other sibling Berry Gordy IV was born from Berry and Themlan Coleman. He got married to Valerie Robeson and gave birth to Sky Blu and Mahogany Lox.

Kennedy William Gordy professionally known as Rockwell was born on March 15, 1964, in Detroit, Michigan from Berry and Margaret Norton. He is an American musician best known for his songs Somebody's Watching Me, Obscene Phone Caller, Knife, and others.

Rhonda Ross Kendrick is the youngest sibling of Berry, she was born on August 14, 1971, in Los Angeles. She is an American singer-songwriter, actress, and public speaker. Kendrick is the daughter of Berry and Diana Ross but was raised by Ross's first husband Robert Ellis Silberstein.

Stefan Kendal Gordy professionally known as Redfoo is the youngest sibling of Kerry who was born on September 3, 1975, in Los Angeles from Berry and Nancy Leiviska. He is an American rapper best known for his songs Party Rock Anthem, Sexy And I Know It, and Sorry For Party Rocking.

Gordy was American singer, songwriter, and dancer Michael Jackson's best friend. Jackson and Gordy were best friends form their childhood as Gordy posted a picture of Jackson on his birthday saying he always used to call me on my birthday at 11:59 and his love will never end for Jackson.

When Gordy was 50, Jackson died his birthday on June 25, 2009. Then on June 25, 2018, he posted their childhood picture saying 'Bitter Sweet Birthday' and added my best childhood friend died on my birthday.