Facts About Kerry Cahill That You Might Want to Know 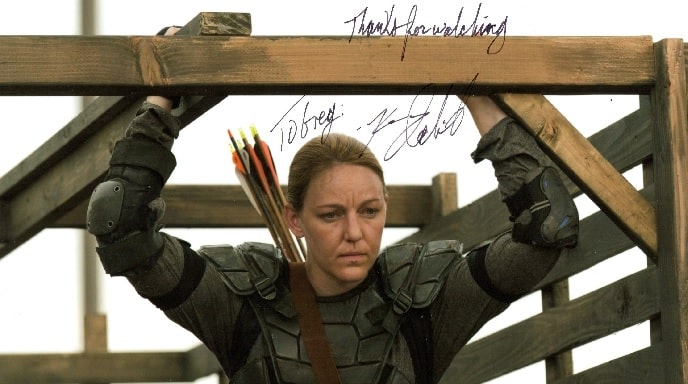 Kerry Cahill is an American actress who is well-recognized as Dianne in The Walking Dead. She is also best known for her roles in the Free State of Jones(2016), Midnight Special(2016), and The Runner(2015).

She was born on 1st June 1982 in Helena, Montana. Cahill grew up in a small rural town of Montana, Oregon, and Texas as an army brat. Here are some facts about Actress Cahill:

Kerry Cahill has been able to earn $15 million from her career as an actress. She started her career in 2007 and has been earning her net worth since then. Cahill has appeared in more than forty movies and ten television series.

Cahill had a lot of interest in acting so she went to Loyola University which is in New Orleans to study drama, in the British American Drama Academy Oxford, and Queen's University Belfast. Later she moved to Chicago for her further study at Second City and Rick Snyder.

Cahill stands 5 feet 4 inches tall (164 cm) while weighing around 65 kg (143 lbs). The actress is famous for her blond hair with blue eye color.

Midnight Special actress is going to appear in a Thriller movie Through the Glass Darkly as Cricket while others are working on the post-production of the movie. She has also announced her new comedy movie Potential where Kerry Cahill will be appearing as Jimi.

In 2018, Cahill was the executive produced of a short Drama named Breasts. The Drama was of seventeen minutes which was released on 21 October 2018.

Recently, she has been the national spokesperson for American Veterans, (AMVETS). Amvets is the volunteer-led organization that was formed by World War II veterans of the United States military. It has been seventy-five years of the formation of Amvets which assists veterans and sponsor various programs that serve country and citizens.

Father Killed by a Mad Gunman

Kerry Cahill's father Mike Cahill was killed by a Mad Gunman. In 2009, during the Ft Hood Massacre, he was shot by Mad Gunman along with the other thirteen victims.

Cahill is A Dog lover

The Runner actress Kerry Cahill is an animal lover as she owns three different pets. Cahill owns a black cat, a fish, and three dogs. She seems to love all of them very much, we can also see Cahill posts on Instagram which are filled with her pets Lucky, Jack, and mutt.