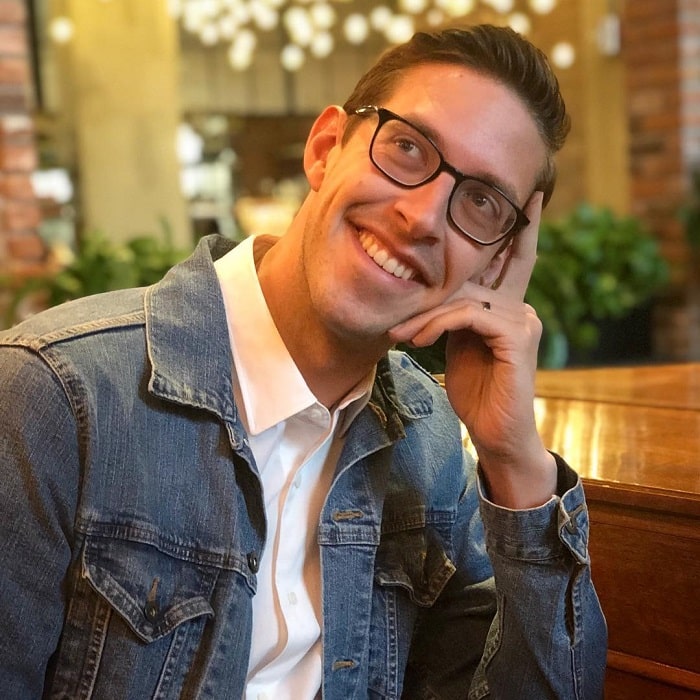 Keith Douglas Habersberger professionally known as Keith Habersberger is a Video Producer, actor, and Youtuber. He used to work as an intern in Buzzfeed and has worked as a host personality of BFMP.

Habersberger was born on June 18, 1987, in Carthage, Tennesse but currently lives in Los Angeles. Let's find some more interesting facts about Keith Habersberger:

Habersberger has an estimated net worth of $3 million from his career as Video Producer, actor, and Youtuber. He earned his worth as an actor for over ten movies, television series, and short videos and in numerous YouTube videos.

In 2008, he enrolled in Illinois State University and got his Bachelor of Science degree in acting.

On September 24, 2017, Habersberger got married to Becky Habersberger, an Makeup Artist, Clean Beauty, and Skincare Advocate.

Becky is as creative as Keith and she reportedly helps Keith in creative process of making his YouTube videos. They are married for over two years but they don't have any children, yet!

Involved himself in Acting and Editing

As Habersberger has appeared in more than ten movies, television series, and short movies, he is best known for his roles in I Made America as Benjamin Franklin, Teenage Ghost Punk as Zak, and Funemployed as Dex.

Apart from being an actor, Habersberger is also an editor and so far he has edited a movie, along with several series, and a short video.

He is known for editing Teenage Ghost Punk, What Men Are Really Saying When Catcalling Women and ten episodes of I Made America.

Habersberger is a member of a channel named 'Try Guy' along with his other member Ned Fulmer, Zach Kornfeld, and Eugene Lee Yang. The member of Try Guys used to work at Buzzfeed as an intern in 2013 and worked there for over three years and left the production on June 16, 2018.

The Try Guy is an American online series where the four guys try and do everything for audience entertainment.

Author- The Hidden Power of F*cking Up

The Try Guy members have published a book named 'The Hidden Power of F*cking Up' on June 18, 2019. The book is all about a self-improving guide where the boys have told that the path to success leads to many failures, embarrassing, and humiliating mistakes.

Habersberger has won two Streamy Award for Audience Choice Best Show of the Year in 2018 and Best Non-Fiction or Reality Series in 2016 with his other try guy members.

He also has been nominated for five Streamy awards for different categories from 2016 to 2019.

He mostly posts picture of himself enjoying his leisure time with his wife Becky, try guy member, and various photoshoots.