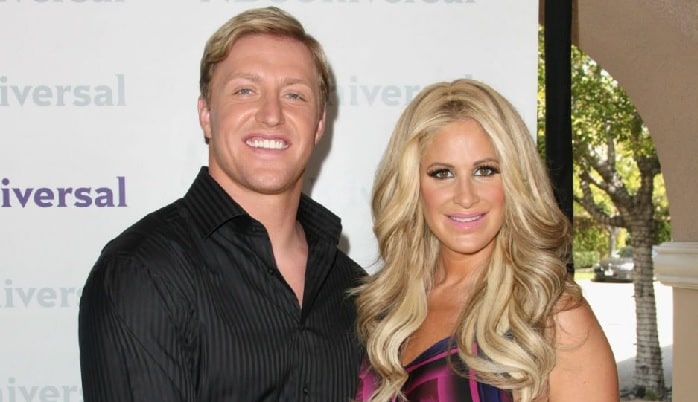 Kash Kade Biermann is the son of Kim Zolciak-Biermann and Kroy Biermann. His father Biermann is a former American football defensive end and outside linebacker, while his mother Zolciak an American television personality and singer. Kade was born on August 15, 2012.

The name Kash is an English vocabulary word which means "Cash" or "money". Let's find some more interesting facts about Kash Kade Biermann:

Kaia and Kane are twins from Zolciak and Kroy as they were born on November 25, 2013.

Then on May 31, 2011, the youngest child of Biermann family, Kroy Jagger Biermann, Jr was born.

Brielle is the oldest sibling as she was born on February 25, 1997, in Atlanta, Georgia. She is an actress, model, and the owner of KAB Cosmetics run by Kim, Ariana, and herself.

Ariana is the other half-sibling of Kade from Kim and her ex-husband Daniel Toce. She was born on October 17, 2001, in the United States. She is an Instagram model, entrepreneur, and Influencer.

Then in March 2013, Biermann decided to adopt Zolciak's daughters and started his process of adoption which was completed after three months in June. After adoption, the girls finally became Biermann's child and changes their last name to Brielle Biermann and Ariana Biermann.

Was Bitten By Dog

In April 2017, Kade was caught in a serious accident as he was attacked by a dog, unforttunately, his left eye got badly injured but thankfully his eye wasn't affected.

After the incident, he was hospitalized for several days and went through emergency surgery after traumatic injuries. Kade had some stitches on his waterline, fortunately his eyeball wasn't touched says his mother Kim.

Kade's parents Zolciak and Biermann met each other at the charity event Dancing with Atlanta Stars. Later, Zolciak became the cast of The Real Housewives of Atlanta and the meeting of the couple was shown on season three.

The couple got married on November 11, 2011, at their home in Roswell, Georgia.

Before marrying Biermann, Zolciak was married to Daniel Toce in 2001 while their marriage lasted for over two years and separated in 2003. From her first marriage with Toce, gave birth to Ariana.

Kade comes from a wealthy family, as her mother Zolciak has a whopping net worth of $5.5 million from her career as an American television personality and singer.

She also has her show named 'Don't Be Tardy' from which she earned $80,000 that lasted for 12 seasons. Likewise, her father Biermann has an estimated net worth of $5 million from his varied career as former American football.