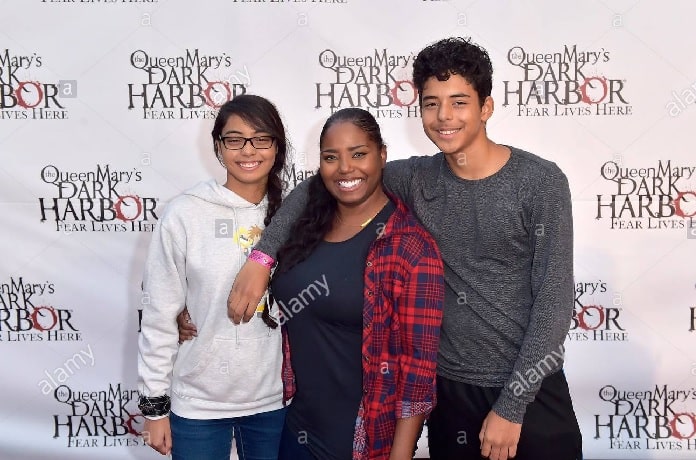 Kaleb Michael Jackson Federline is the son of Kevin Earl Federline aka K-Fed and Shar Jackson. His father is an American rapper, DJ, actor, television personality, professional wrestler, and fashion model while his mother is an American actress and singer. He was born on July 20, 2004.

Has One Sister- Kori Madison Federline

Michael has a sister Kori Madison Federline born on August 1, 2002.

His oldest half-brother is Donovan Jackson born on June 24, 1993, from Shar Jackson and her high school ex-boyfriend.

Then his another half-sister Cassilay Monique Jackson was born on September 20, 1994, from Shar Jackson and her high school ex.

Then on September 13, 2005, Sean Preston Federline was born from Kevin Federline with his first wife Britney Spears.

After one year of his birth, Jayden James Federline was born on September 13, 2006. The two brothers live with their father as he was given their custody.

Jordan Kay Federline is Kaleb's other half-siblings from Federline and his second wife Victoria Prince born on August 15, 2011.

Then on April 4, 2014, Kaleb's youngest sister Peyton Marie Federline was born from Federline and his second wife Victoria Prince.

Michael parent's Federline and Jackson got engaged in 2001, and from their relationship, the pair gave birth to two children: a daughter Kori Madison Federline and a son, Kaleb Michael Jackson Federline. After the birth of their son in 2004, the pair got separated.

Then after their separation, Federline got into a relationship with pop singer Britney Spears; they got married on 6 October 2004. The ex-couple stayed together for over three years and separated on 30 July 2007, after parenting two children.

On August 10, 2013, Federline got married to Victoria Prince, a former volleyball player. The pair is now together for over seven years and are blessed with two adorable daughters.

Prince has been taking care of all of Federline's children along with her own and the power couple is often seen going on several family vacations together.

Jackson is from a wealthy family as he is the son of Kevin Federline who has an amazing net worth of $15 million. He has accumulated his worth from his varied career as an American actor, television personality, rapper, DJ, wrestler, and model.

He also gets $20,000 from Britney Spear per month for child support but the actor is rumored to be demanding $60,000 in child support.

Likewise, his mother Shar Jackson has an estimated net worth of $1.5 million from her solo career as an actress.

She has appeared in more than forty movies and television series, among them, Jackson is best known for her roles in Moesha, The Bernie Mac Show, and Girlfriends.