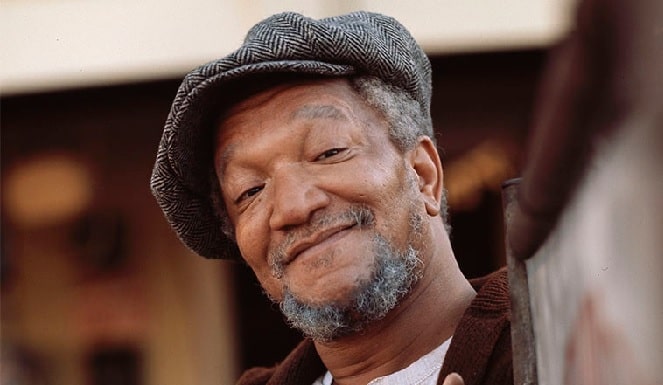 Ka Ho Cho is the fourth wife of Redd Foxx, an American actor and stand-up comedian who is best known for his roles in Harlem Nights, Sanford and Son, Cotton Comes to Harlem, and All The Fine Young Cannibals.

The couple met each other after two years of Foxx's third divorce with Yun Chi Chung at Bally's Hotel and Casino in Las Vegas. Then, after dating for several years, they tied their knot in 1991, at Little Church of the West in Las Vegas with a reception party at the Hacienda Hotel.

Unfortunately, after three months of their marriage on October 11, 1991, Foxx's died. When Foxx took a break from his rehearsal while filming The Royal Family series, he suffered a heart attack on the set and died afterwards.

At the time of Foxx's death, he was still in $-3.5 million debt from his various unpaid taxes. When marrying Cho, Foxx stated that Cho was with him in his hardest time while his house was being seized by IRS.

So, he told Jet Magazine-

She (Kaho Cho) saw me with a nickel. And hopefully, she will see me with a dollar. I'll give her seventy-five cents of it

As Cho is the fourth wife of Foxx, he has been married three times before marrying Cho. In 1948, he married Evelyn Killebrew his first wife and remained married for over three years and got divorced in 1951.

Again after five years of divorce, Foxx married his second wife Betty Jean Harris a showgirl and dancer in 1956, and gave biorth to a daughter Debraca Denise. Their marriage lasted for nineteen years and ended in 1975.

Foxx's third marriage was also with a Korean girl named Yun Chi Chung a cocktail waitress in 1976 but things didn't work out between them as well, which led the former pair to end their marriage in 1981.

After Foxx's death, he had nothing on his will that could be divide to his family as he had a $-3.5 million debt.

Foxx's only daughter Debraca was titled with Redd’s estate which became the starting point of a quarrel between Debraca and her stepmother Ka Ho Cho. Kaho felt like she should be the charge of her husband's finances.

After a while, when Debraca started handling Foxx's finances, Cho accused her of being irresponsible with Redd’s money and claimed Debraca used Foxx's money for herself instead of settling Foxx debts.

As of now, Cho isn't active on any social media sites. After her husband death, she wasn't seen on any events and so far has led a low key life.