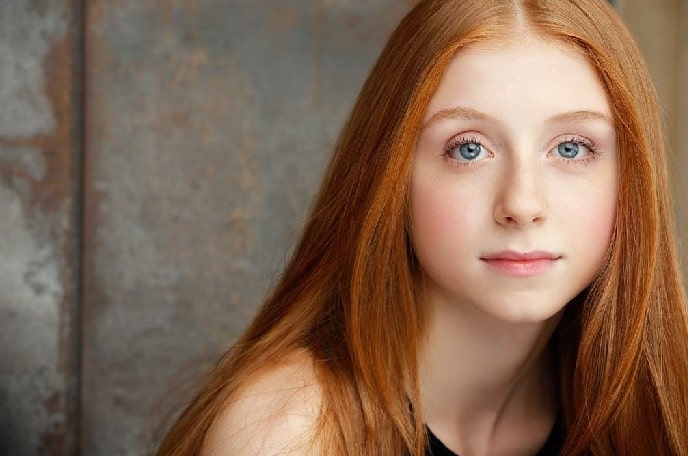 Juliette Allen Angelo who is professionally known as Juliette Angelo is an American actress who is best known for her roles in Malibu Country (2013), Mad Men (2014), and NCIS (2015).

Angelo was born on March 3, 1999, in Little Falls, New Jersey, the U.S. Here are some facts about Juliette Angelo:

Juliette Angelo has a net worth of $500 thousand from her varied career as actress and stage performer. From only working in television series, Angelo receives $35,000/episodes and she has appeared in ten. She has earned her worth in a very short period time and will be earning more from her upcoming projects.

Performed When She Was Eight Years Old

Angelo was fond of acting since her childhood as she started her career at the age of Eight. Her first Broadway debut was in a theater play 'How the Grinch Stole Christmas'. The play is a children's story which was officially made from a book written by Dr. Seuss. The story of the play is about a Grinch who tries to punt an end to Christmas.

As Angelo grew up, she became the part of other stage performance in 'Billy Elliot' which is about a young boy who is born in a coal mining village who surpasses all the obstacles that are stopping him from becoming a ballet star.

Angelo has also appeared in a musical play 'Marry Poppins' which was made from P.L. Travels book about a magical nanny that teaches two children to behave and takes them to magical adventures.

While graduating, Angelo was also learning tap dance as she has won an Award while winning a Tap Dance show in her early years.

The Shameless actress is an animal lover especially she adores horses. She also loves dog and has a pet dog whom she named Faith.

Angelo has been working for her upcoming movie named 'The Trial of the Chicago 7' which will be released on ‎September 25, 2020, (USA). The movie is a crime drama which is about seven people who are charged by the federal government and the rising protest in 1968, in Chicago.

Angelo has appeared in many television series like in Malibu Country as June Gallagher, The Haunted Hathaways as
Meadow MacIntosh, NCIS as Emily Fornell, Shameless as
Geneva, and others.

She is also well recognized by her roles in movies like Hope Springs Eternal (2018) as Sarah Handleman, I'll Be Next Door for Christmas(2018) as Nicky, and In the Family as Erin.

At the age of six, Angelo learned English horse riding lessons as she was interested in horses.

Juliette Angelo is active on Twitter but hasn't posted any tweets yet and has gained 65 followers on Twitter. She was active on Instagram but has deactivated her account. We can assume that she wants to keep her life private and wants to stay away from social media.