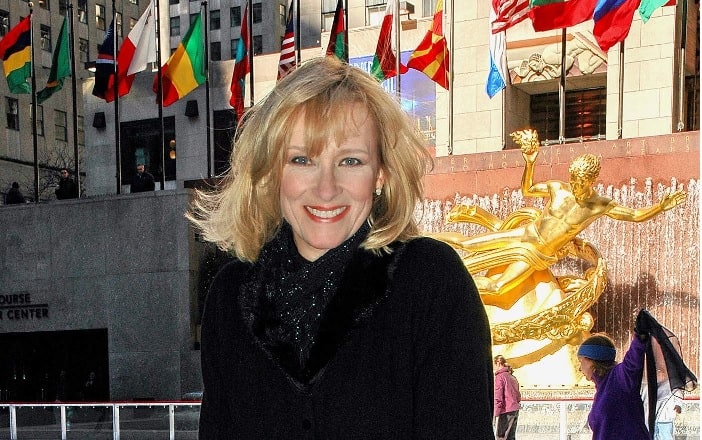 Alicia Jo Starbuck who is professionally known as "Jojo" is a former Olympic figure skater, motivational speaker, and event producer.  She has won three pairs of skating championship and two Winter Olympic.

She was born on February 14, 1951, in Downey, California, the U.S. Here are some more interesting facts about Starbuck:

What is Jojo Starbuck's Net worth?

Starbuck has an estimated net worth of $2 million from being a former figure skater, event producer, and by appearing as a guest in various television shows. She has owned her worth from winning several skating championships. The figure skater who plays international competition can earn $2,000 to $45,000 per competition.

The famous figure skater was married to Terry Bradshaw, who was an American football player in NFL, actor, and producer. The couple got married on 6 June 1976 where they stayed married for over seven years and got divorced in 1983. Bradshaw has been married four times where Starbuck is his third wife.

After ten years of the divorce between Starbuck and Bradshaw, Starbuck married Jeffrey J. Gertler in 1993. Before marriage, the couple dated for over a year and finally got married. From their twenty-seven years of marriage, they have two grown-up children.

Although Terry Bradshaw and JoJo Starbuck were married for over seven years they didn't have a single child of their own.

With Gertler, Starbucks has given birth to two sons named Noah Starbuck Gertler and Abraham Starbuck Gertler. In 2018, Noah graduated from Vanderbilt University by majoring in computers.

Starbuck is a coach now

After retiring from figure skater, Starbuck started giving coaching for people who are interested in skating at The Rink At Rock Center. She started coaching in 2013 and is continuing her coaching classes untill now.

The Face of cup noodles

During the days of her marriage with Bradshaw, Starbuck was the one who introduced ramen to millions of Americans for the first time by being the face of Cup of Noodles.

Apart from being a figure skater, Starbuck has appeared in four movies from 1980 to 1992. She has been spotted in Broadway on Showtime (1980) as John Curry's Ice Dancing, The Snow Queen: A Skating Ballet (1982), New York Stories (1989) as Ice Skater, and The Cutting Edge as Interviewer.