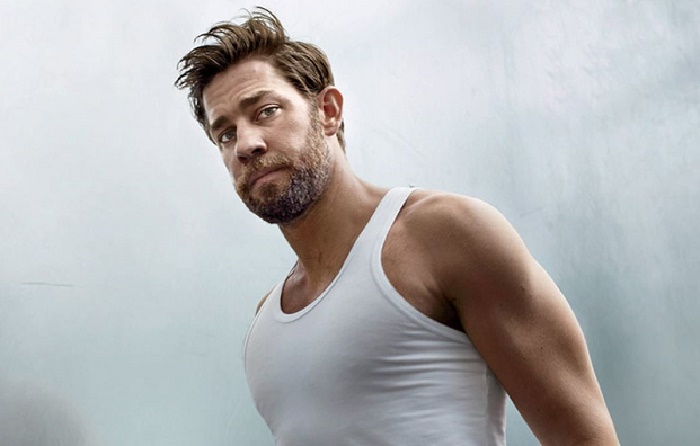 John Krasinski is a multi-talent Hollywood superstar, who is very successful as an actor, screenwriter, director, and producer. He is widely known for his role in films and TV shows like; The Office (2005-2013), A Quiet Place (2018), and Something Borrowed (2011). He was born on October 20, 1979, in Newton, Massachusetts, USA.

Krasinski is the son of a doctor, Ronald Krasinski and Mary Claire (Doyle), who is a nurse.

Here are 10 facts about John Krasinski.

The 2018 Las Vegas Film Critics Society Awards winner John Krasinski is an American actor, and producer who has accumulated a huge net worth of $30 million. He is a co-writer, director, and actor of bluff buster thriller drama A Quiet Place (2018), which had a massive box office worldwide gross of $340.9 million.

In addition, his fortune including his income from advertisement and campaign for global leading brands as a prominent actor.

John Krasinski is lives in a massive apartment in The Standish, a celebrity eco-friendly residence located at Brooklyn, New York City with his family.

The apartment was bought by the Krasinski couple in January 2019 for $15.3 million, where he lives in 10th floor appropriately over 5,000 square feet with 360 views to Manhattan, where he lives two stories up from Hollywood star Matt Damon.

The Office actor owns numbers of an expensive and luxurious car, which cost him thousands of dollar. One of his favorite cars is black color Audio Q5 which cost around $42,950. He also owns black colored Mercedes Benz ML 350 which price range from $47,790 - $97,250.

John Krasinski is happily married to his girlfriend Emily Blunt and share two kids together. The lovebird first met at Los Angels back in 2008 and start dating. The couple got engaged in August 2009 and tied the knot on July 10, 2010, with in a presence of close friends and family member in Como, Italy.

Past Relationship and Affairs

John Krasinski had dated several girls before, he got married to Emily Blunt, where he dated his co-star Rashida Jones from the comedy TV series 'The Office'. The former lovebird could stick out bond neither on-screen nor in real life, where they split updating for several months.

After one year of Kransinki broke up, he was spotted spending quality of time sharing a cup of coffee together with co-star Renee Zellweger, while filming, Leatherheads (2008), where his fans and media assume them to dating but it totally got wrong and proved to be an only rumor.

The 13 Hours actor has two beautiful daughters; Hazel and Violet with his wife Emily Blunt. Hazel Krasinski is the first child of the duo, born in February 2014, where Violet Krasinski was born on July 2016 and second daughter of the couple.

It's Complicated actor has two elder brothers Kevin and Paul from his parents making him the youngest child in the Krasinski family. Kevin Krasinski is a Physician, where Paul Krasinki is a Consultant. His brothers are taller than with stands the height of 6' 6" and 6' 10", tall respectively.

Talking about Krasinski's education, he attended Newton South High School in Massachusetts, United States and got graduated in 1997.

After that, he studied playwright with a B.A. in English literature at Brown University and earned a degree in 2001. Later on, he joined the National Theater Institute to pursue acting career located at Waterford, Connecticut.

Taking about the physique of "It's Complicated" actor, Krasinski, has an athletic body build with a six-pack figure of 44-32-35 of the chest, waist, and hips respectively.

John is one of the sexiest man alive in the planet standing 6 feet 3 inches tall with the oval face shape and sharp jawlines, with black eye color and black hair color.

Apart from John Krasinski's busy schedule, he manages his time for the social sites, where he is actively involved in his Twitter account @johnkrasinski with 2.16 Million fan following and 1247 tweets.

John has also Instagram account @johnkrasinski, where he post picture and videos clip of his works and personal life including his family and friends updating day to day activities to his fans and well-wisher.

For more Celebrities Fun and Facts, you're always welcome to Glamour Path.