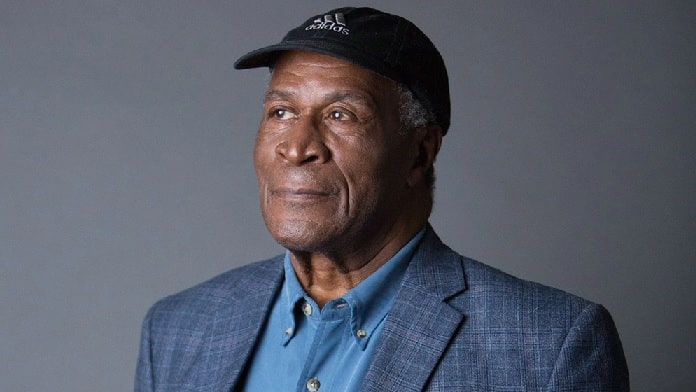 He was born on December 27, 1939, in Newark, New Jersey, United States. He is the son of Annabelle P. Amos and John Amos Sr who was an auto mechanic. Here are some facts about Actor Amos:

John Amos started his career in 1970 as 1st Salesman in The Bill Cosby Show since then he has worked in more than Hundred movies and television series. From his varies career he has an estimated net worth of $3 million.

His earning is mostly form being a former Football player, producer, and actor.

In 1958, while Amos was growing up in East Orange, New Jersey, he graduated from East Orange High School. He then went to Long Beach City College and graduated from Colorado State University by getting a degree in Sociology.

Amos was married to Noel J. Mickelson in 1965. They both stayed married for over ten years and got divorced in 1975. From their ten years of marriage, they have two children. Then in 1978 he got married to Lillian Lehman and got separated after on year in 1979.

John and Noel have one son K.C. Amos who is an actor and director is best known for his work in Syphon Gun (1995), Hauntsville (2016) and Tamales and Gumbo (2015). He has won two awards for Syphon Gun and was nominated for Grammy Awards for his music video Long Form.

Amos was in a relationship with Elisabete De Sousa-Amos. Both couple was rumored to be married and had two children.

The Die Hard 2 star, john was a former football player. He signed a free-agent contract in 1964, with American Football League's Denver Broncos and because of his pulled hamstring he was released on the second day of the training camp. Then he played with Cleveland Bulldogs, Joliet Explorers, Norfolk Neptunes Wheeling Ironmen, Jersey City Jets and Waterbury Orbits in the Football League. In 1967, he again signed a contract of a free agent with Kansas City Chiefs whose coach was Hank Stram.

The Lock Up actor is recently working in his sequel of Coming to America which is Coming 2 America as Cleo McDowell. He is also working in Devotion as Big Jim and in Capture the Flag as Clinton.

In 2016, the internet and social media declared John Amos dead and faked the mews by saying Amos had a Heart attack. He is still alive and is active on social media by posting his photos.