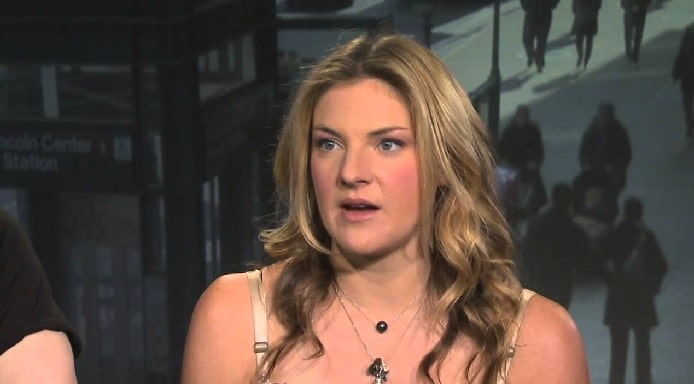 Joanna Lauren Christie who is professionally known as Joanna Christie is an actress and singer. She is best known for her roles in Narcos as Connie Murphy, Elementary as May, and Misfits as Jo.

Christie was born on April 10, 1982, in Huddersfield, West Yorkshire, England. She was born to Mrs. Sue Christie and Mrs.Paul Christie who died in 2012. Here are some facts about actress Christie:

Joanna Christie has an estimated net worth of $1.5 million from her varied career as actress and singer. She has appeared in more than fifteen television series and short movies. Not only from series, but Joanna has also accumulated her worth from being a singer.

When Christie was thirteen years old, she was awarded a music scholarship to go at Oundle School in Northamptonshire from which she can study flute, piano, and music. Then at the age of eighteen, she went to London to enroll at Mountview Academy of Theater Arts to study in drama school and then graduated from the same school.

Christie is involved in a long term relationship with her boyfriend Johnny. From their beautiful love life, they welcomed a beautiful baby. However, Christie's boyfriend details have not been public yet and is active on Instagram with a username jrodr24.

On November 4, 2017, the pair gave birth to their beautiful daughter and named her Wayla Christie. Both couples seem to be very happy with their daughter and are often seen enjoying their parenting through Christine's Instagram posts.

Member of her brother's band

Christie has a brother named Luke Christie, who is a singer, musician, and songwriter. He also has formed a band and named it Luke J Christie & The Held Breath in which Joanna was also a member of the band until she moved in New York.

She has appeared as Connie Murphy in Narchos which is about a Colombian drug dealer Pablo Escobar and also about other drug dealers who have annoyed country for over years.

The Elementary actress has recorded a song named This Gift with the composer of several songs in Once, Glen Hansard. Later Hansard released Christine's song in his solo album Rhythm and Repose.

At the age of 17, Joanna Christie joined the National Youth Theater, where she played the role of a stripper who is pregnant in Immaculate Conceit as Sofia. Then she portrayed as Jill Mason in Equus, A Course in A Restaurant as Julie, School For Scandal as Maria, and others.

Often Goes on a Vacation

Christie loves to travel a lot with her boyfriend and her beautiful daughter. As Christie lives in Hudson, New York, she likes to explore new places with her daughter and often takes her to Love Apple Farm. She has gone on a trip to Bali, Raja Ampat which is located in Indonesia and to England and France.