home People About Jessica Pimentel – OITNB, Band and Net Worth

About Jessica Pimentel – OITNB, Band and Net Worth 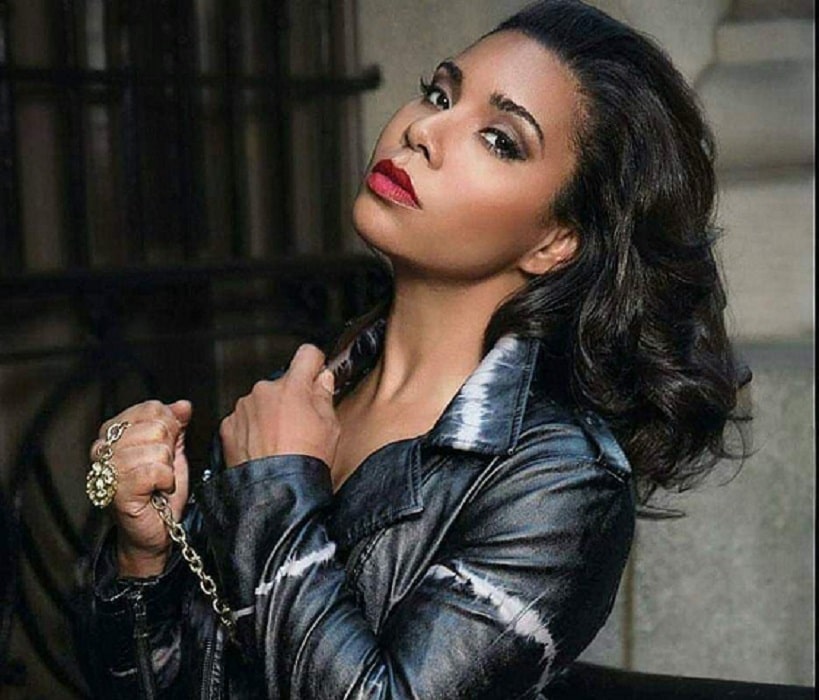 Best known for her character as Maria Ruiz in the very famous Netflix series Orange Is The New Black, Jessica Pimentel is one hell of a woman.

From starring in a prison show to being a metal band's top vocalist, the actress lives a hectic life and enjoys every bit of it.

Here are 10 facts on the multi talented actress, Jessica Pimentel.

Jessica Pimentel is worth a million dollar thanks to her very successful career as an actress and a metal band member.

Orange is the New Black pays the cast $20.5k to $30k per episodes depending on the cast. Also being the frontwoman of a band she must earn hefty sum from her band.

Jessica is also a feature artist and endorsed by different brands like Spector basses, Halo guitars and Darkglass Amps.

Jessica Pimentel is currently dating Tomas Hakke, a drummer from an extreme metal band named Meshuggah. Tomas was married in 2011 and got divorced later. The couple then met and started secretly dating for 2 years before making their relationship public in 2016.

Jessica Pimentel was born on September 20 of the year 1982 in Brooklyn, New York. Her parents were an immigrants from the La Romana, Dominican Republic.

Jessica's parents got divorced when she was only 6 years old. She then lived with her mother and her relationship with her father became estranged. Her mother supported her throughout her highs and lows of her life till she got up.

Pimentel stated that she listens to metal songs before playing her character Maria Ruiz in the hit Netflix series Orange Is The New Black.

As the villian of the television series, the metal genre songs helps her to absorb the darkness and truly bring out her character's deep rooted feelings from within. Her complex character in the show made her listen to almost extreme metal bands which also includes her boyfriend's band named, 'Meshuggah'.

Jessica practices Buddhism and is a follower of the religion's philosophy and the religion in general. In an interview with Athena Laz, Pimentel spoke about how Buddhism is the important part of her life and influences her every move from waking up in the early morning to goign to sleep.

Has Her Own Band

The members of the band Alekhine's Gun are Daniel Martinez the bass guitarist, Andrew Czegledi the drummer, Jeff Martinez the guitarist, Leo Mattei also the guitarist and the lead vocalist Jessica Pimentel. The band has two albums named "...And Kings Will Fall and Meditations in Wrath".

The actress is very talented and her history in music is also very impressive. When attending her high school in New York, she played violin and was very good at it. She has traveled to many countries in USA, Europe and Japan  and Canada as a violinist and a heavy metal singer.

She is the lead vocalist in her band Alekhine's Gun and also is a guitarist in the group. Jessica also is a featured vocalist on another band named Brujeria. Before these bands, she was a bass guitarist for a New York based band named Desolate.

Before being on screen for Orange Is The New Black, Jessica was actually cast for other movies. She was Angelique Domenguez in the movie Pride and Glory, released in 2008.
Pimentel was also a part of the series Person of Interest, released in 2014 where she is seen in 4 episodes. Another movie she was seen in is Illegal Tenders, released in 2007.

Jessica Pimentel attended High School for the Performing Arts and graduated the institute with flying colors. She then attended American Academy of Dramatic Arts located in New York and got herself a degree in Theater Arts.

When persuing her degree, Jessica was a member of the professional acting company and was awarded the Cleavon Little scholarship.

Her Instagram posts go from appreciating people and giving them a quick shout out to posting herself to posting her poems and the music she listens to. It's one roller-coaster ride but hey, we ain't complaining.