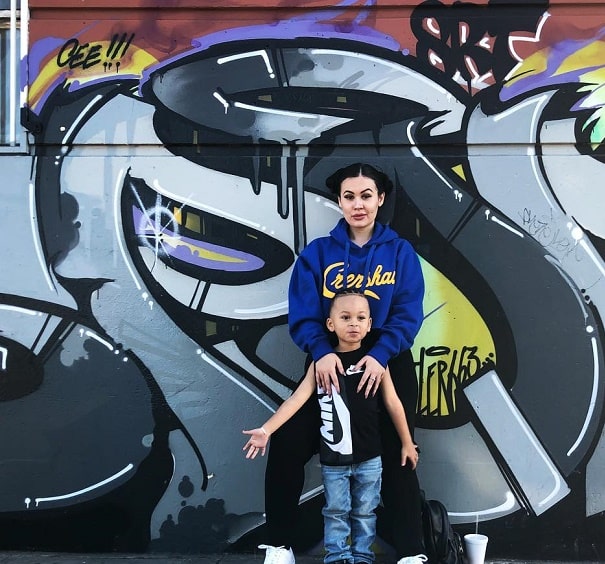 Jessica Kyzer is a professional model and blogger, born in Southern California. She is also recognized as the ex-partner of Corde Broadus, an actor and Rapper Snoop Dogg's son.

What Is Jessica's Net Worth?

Kyzer has a whooping net worth of $3 million from her career as a model and blogger. She goes by the name “Muse” in her blog and frequently posts videos of her daily life.

She also has done several photoshoots, promotes various brands, and has walked for many modeling agencies from where Kyzer has accumulated her worth.

Looking at Kyzer's bio, she is a licensed Esthetician and people who have the license can pursue their career in salons, spas, and resorts. Esthetician is also known as a skin care specialist.

Kyzer was in a relationship with the eldest son of Snoop Dogg, Corde Broadus. He is an actor and has appeared in his father's music video Drop It Like It's Hot, featuring Pharrell Williams in 2004. Then in 2012, he played the character of Chowder's DJ in We the Party.

Has One Son- Zion Kalvin Broadus

Kyzer and Broadus is the parent of one child Zion Kalvin Broadus born on January 11, 2015. The parents of Zion have parted their ways but have decided to co-parent their adorable child together.

Recently on Zion's 5th birthday, Kyzer and Broadus celebrated his birthday together while they made two cakes for him. The cakes were decorated by all Mario characters and were written Super Zion Kalvin.

Husband's Another Relation and Dead Son

After dating Kyzer, Broadus started his relationship with Soraya Love and soon they were expecting a son named Kai. Then during her delivery day, her water broke and was rushed to the hospital and during the process, Kai was delivered in the car with her mother.

Love told that she felt Kai's head coming out and pulled over in a gas station while her mother called an ambulance. Then they were immediately taken to the hospital.

Kai had a heart condition and needed to get stabilized as soon as possible. Then he was given oxygen and IVs but was unable to live for several days. Kai lived for only 10 days and it was a traumatic moment for all of their family.

Elleven was born in 2018 from Broadus with his new partner Soraya Love. Then in 2019, Cordell was born from Broadus long term partner Phia Barragan.

As for her social media presence, Kyzer is active on Instagram and has two insta account. Her main account has a total of 10.7k followers and goes by the username "_jessicarabbbit".

Visit Glamour Path for the latest celebrities and their Babies information.