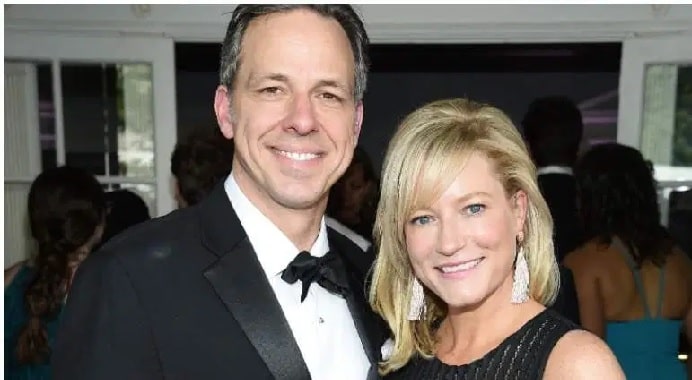 Jennifer Marie Brown is an advocacy consultant, Field manager of planned parenthood, and is the volunteer of Americorps Reading Partner Program. She is married to journalist and author Jake Tapper.

Brown was born on May 11, 1977, in Missouri, Kansas City. She was born to Thomas Brown and Linda Brown. Here are some more interesting facts about Jennifer Marie Brown:

Jennifer Brown has an estimated net worth of $4 million from her career as Advocacy consultant and by working as field manager of planned parenthood which is a non-profit organization. He's husband Jake Tapper, on the other hand has a whopping net worth of $10 million.

As Brown was raised in Platte City, Missouri, she attended her elementary and high school in that city. Then she enrolled and graduated from the University of Missouri which is located in Kansas City.

Jennifer Marie Brown married Jake Tapper who is an American journalist, on September 3, 2006, in Kansas City, United States, from where she graduated. The couple met each other in the Presidential Campaign 2004 where Tapper was covering the news at her organization in Planned Parenthood. Then they started their relation by seeing each other often and married after two years of their relationship. From their marriage they have two children.

Brown gave birth to a beautiful daughter and named her Alice Paul Tapper who was born in 2008. She is an eleven years old author who has published a book named 'Raise Your Hand' on March 26, 2019. The book she wrote is about some girls in her class who aren't involved in the class as much as boys and wrote it for them to be more confident in school.

After Alice, Marie gave birth to their son named Jack Tapper on October 8, 2010.

Brown was the Field Manager of planned parenthood which is a non-profit organization that provides health care and service in America as well as globally. They deliver treatment like STDs, abortion, hormone therapy, birth control, infertility services, cancer prevention, and more.

Worked as an Advocacy Consult

After leaving the job as Field manager of planned parenthood, Brown then worked as an Advocacy consultant who gives advice and promotes the Vision, Values, and Philosophy of the organization.