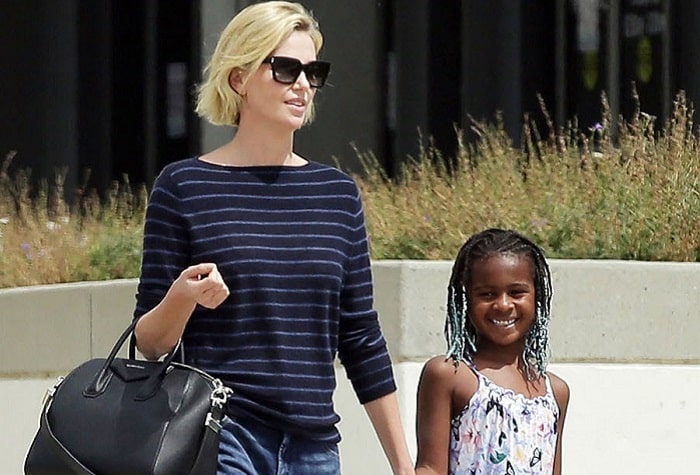 Jackson Theron is the first adopted baby of Charlize Theron. She was adopted on 2012 on the month of March. She is a single mother and has been doing an incredibly good job as a mother.

The name "Jackson" was originated from England and means "The son of Jack".

Adopted By Her Mother

Little Jackson was adopted by her mother, Charlize Theron. She got a loving home on the March of 2012 and has been living in the Theron household ever since.

Charlize is a single mother and is playing the role of both mother and father to Jackson and her younger sibling.

Charlize Theron has the massive net worth of $130 million. She accumulated her worth through her career as a film producer and a professional actress who is very talented and beautiful. She has been a cast of many, many famous television show series and movies.

The movies and series she has starred in includes: ‘The Devil’s Advocate’, ‘Mighty Joe Young’, ‘The Life and Death of Peter Sellers’, 'North Country', ‘The Cider House Rules’ and ‘Monster’.

Looking at her mommy's net worth, Jackson is very much living a lavish life with all of her needs fulfilled.

The two siblings are really close to each other. They have a very special and strong bond even though they are both very different and not really biological siblings.

The internet questioned Charlize after her 'son' was seen wearing dresses and being 'girly'. The talks were very, very much talked and gossiped about so Charlize shut down everyone revealing that Jackson is as much as a girl as her daughter, August.

The pictures had also stirred up many questions as how Charlize was raising her son.

Jackson was adopted as a boy and Charlize said that she also thought that he was a boy. In an interview with Dailymail, Charlize said that little Jackson came up to her and told her that he was not a boy. It surely caught Charlize off guard like the rest of the world when she revealed that Jackson is a transgender, but she fully supports him.

She said that her job is to support and love her kids for who they are and that is exactly what she has been doing. Charlize is a great mom who will go any lengths to protect her precious children and give them their rights.