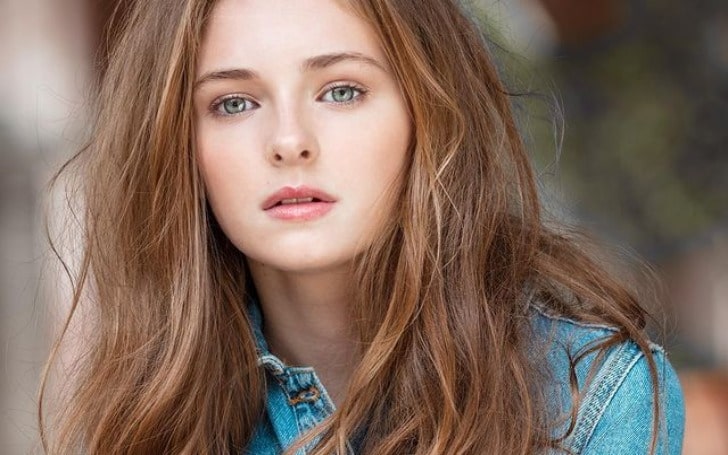 Isabella Rice (Isabella Kai Rice) is a young actor from the United States. Her acting credits include "Jem and the Holograms," "Pretty Little Liars," and "True Blood." She has already established a strong presence in the American acting scene at such a young age.

On September 13, 2006, she was born in California, United States of America. She has been interested in performing since she was a child and has made appearances in a number of films and television series.

In 2013, she made her acting debut in the short film "Cloris Leachman in Happy Ending" as well as the television series "Glee." In 2014, she landed a key part in the popular television series "True Blood," in which she played Sarah Compton.

Following that, she appeared in other television shows, including Pretty Little Liars, Dr. Ken, Castle, My Dead Ex, and Sydney to the Max. She has also acted in films such as Unforgettable from 2017 and Our Friend from 2019 along with Jason Segel, Dakota Johnson, and Casey Affleck.

The actress Isabella Rice has a net worth of $500k, which she has amassed from her performing profession. She has already amassed a substantial sum of money at such a young age and will continue to do so in the future. She currently appears to be living a very comfortable and wealthy life.

Isabella Rice is still far too young to be dating anyone. She is currently more concerned with her profession and education than with relationships. As a result, she is probably single right now and hasn't stated anything about being in a relationship.

The young actress is quite active on social media platforms. She has an Instagram account with around 24.7k followers and frequently shares lovely pictures of herself. She also usually posts regarding her professional work life as well. One can check her Instagram account (@isabellakai) to get more further updates on her.