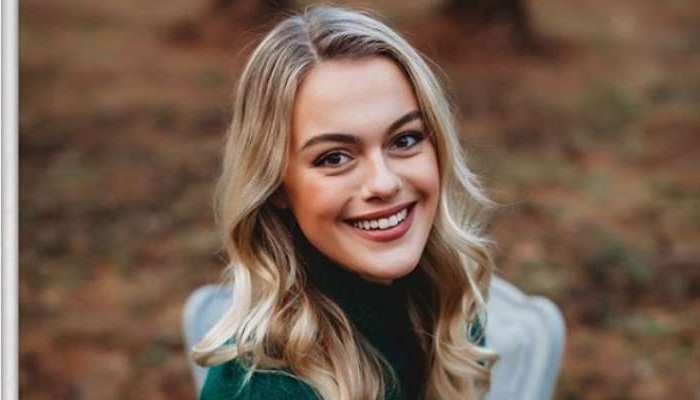 So, here are a few facts about the pretty fresh off the boat actress, that you may have missed.

Born on September 26, 2002, American actress has over 52 thousand followers on her Instagram, ad people literally saw her grow on the show. She reportedly was signed for around $10 thousand per show and up until the show's 5th and final season she collected as much as $35 thousand from ABC network.

The show was sacked on a good note, after it was starting to loose it's ratings. However, she made over $300 thousand from the show along and now the 17 years old star actress is worth around $250 thousand.

Though, she wasn't in one of the main cast members of the show, her camera presence and appearance was appreciated by her fans. She has appeared in a total of 18 episodes starting from 2015 to 2018, and has worked alongside Asian funny-man and actor Randall Park, and Constance Wu, as Hudson Yang's on-screen girlfriend.

Many fresh off the boat fans may be wondering, what happened between Hudson Yang and Isabella Alexander after the show ended. Well, there is a good and a bad news, as much as we want them to start dating in real life, they aren't, but the good news is that they are very close friends in real life.

She Just finished her High-School

The actress on her story posted that she is done with her high-school and is looking forward to join a university. She also has a college in mind, she has shown interest in joining Duke university.

On May 14, she visited Disneyland on her vacation. When she was a crew member at The Fresh Out OF Boat, she and her mother were awarded with a free trip to 20th century fox studio for educational purposes.

Single and happy, like any normal teenager she is fond of out door sports as well. Isabella is a sucker for Ice hockey, and is pretty good at ice-skating, and loves bowling. She isn't just into games and values fitness as much as she values activities, her fitness routine also involves swimming as well.

These were a few facts about the former fresh out of boat actress Isabella Alexander's life, keep up with Glamourpath for more on your favorite TV and Film actor's personal life.