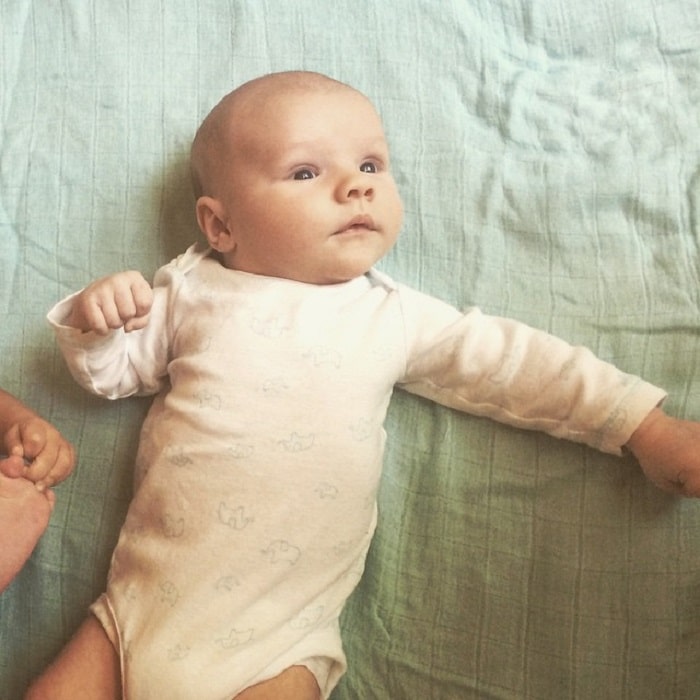 Isaac Avett is the firstborn child of Jennifer Carpenter and Seth Avett. His mother Carpenter is an American actress best known for her work in White Chicks, Battle in Seattle, and Seeking Justice while his father Aveet is the lead singer of folk-rock band The Avett Brothers. Avett was born in May 2015.

The name Isaac is a Hebrew term Yiṣḥāq that gives the meaning of 'He laughs/will laugh'. Let's find some more things about Isaac Avett:

Being a celebrity is a boon and a curse. Which is why, the couple has opted to keep their children away from the media.

She talks about her son very much but when it comes to his privacy she hides it well. She hasn't posted her son's pictures much in her personal Instagram and whenever she shares it, she tries to hide his face as much as possible.

But for Seth, he has shared some of Isaac's pictures on his Gram.

Avett comes from a reputed and wealthy family as his mother Carpenter has a whopping net worth of $8 million from her solo career as an actress.

She has appeared in more than thirty movies, television series, and performed as a voice actor in several movies. Carpenter used to earn $100,000 per episode from her series Dexter as Debra Morgan where she was one of the main casts.

Likewise, his father Avett also has an estimated net worth of $8 million from being the lead singer and founder of a band named The Avett brothers.

He has released 10 studio albums, 4 EPs, 7 Singles, and 4 live albums from which he has accumulated his worth. Their album I and Love and You was released in 2009, which peaked at #1 on the US Folk chart.

Avett parents Jennifer and Seth started dating since June 2013, and after three years of being in a happy relationship, they finally decided to tie their knot in May 2016.

The pair got married in a private ceremony over Memorial Day Weekend in North Caroline. The American rocker said it feels great after making their relationship official and it's like there’s a weight lifted off his shoulders.

Being with Carpenter has changed his life and he feels soo good and right to have a ring on his finger says Avett. Before marrying, they lovebirds had already welcomed their son Isaac.

Although this the second time the couple is married, as Carpenter was married to Michael Carlyle Hall, an American actor. The ex-pair got married on 31 December 2008, and stayed together for over three years and got separated on 2 December 2011.

Likewise, Avett was married to Susan Avett in January 2008 while their marriage lasted for over five years and parted their ways in 2013.

The lead guitarist of The Avett Brothers, Jacob Edward, and his wife were both close friends with Susan and when they heard Avett was fooling around with Carpenter, the pair were really upset with Seth but who knew the pair would end up marrying each other.