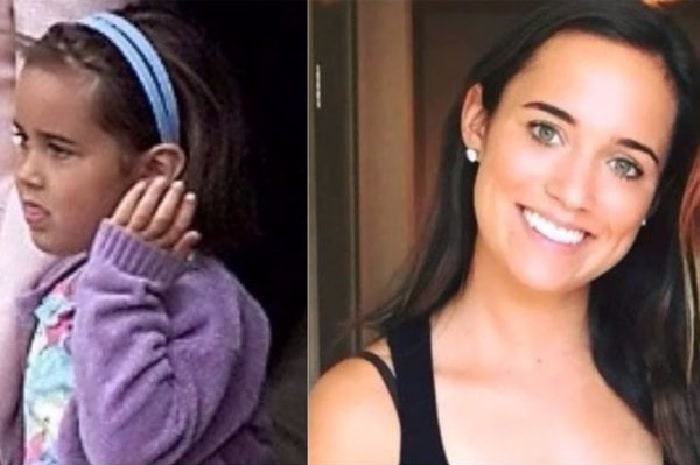 Georgia Gigi Grace Koch mostly known as Gigi Grace is the daughter of Dorothy Bush Koch and Robert P. "Bobby" Koch. Her mother Bush is an American author and philanthropist where her father Bobby is president and CEO of the Wine Institute. She was born in 1996.

The name Georgia gives the meaning of "farmer" or "worker of the earth" whereas Gigi means "earth-worker or God is gracious". Let's find some more interesting things about Gigi Koch:

Koch has an older brother named Robert David who was born in 1993.

Koch also has two half-siblings named Samuel Bush Sam LeBlond and Nancy Ellis Ellie LeBlond from her mother's ex-husband William LeBlond. Sam is the oldest among all siblings as he was born in 1985 whereas Ellie was born in 1988.

Koch is the grand-daughter of late George Herbert Walker Bush and late Barbara Bush. Herbert is an American politician and businessman who also served the 41st president of the United States from 1989 to 1993.

Whereas, her grandmother Barbara was the first lady of the United States from 1989 to 1993 and the founder of the Barbara Bush Foundation for Family Literacy.

Herbert was diagnosed with Parkinson's disease which is a progressive nervous system disorder, that later became the cause of his death on November 30, 2018.

Likewise, her grandmother Barbara was diagnosed with a chronic obstructive pulmonary disease which is from long-term breathing problems or poor airflow.

She died on April 17, 2018, and was buried at George H.W. Bush Presidential Library in Texas, the same place where her husband was also buried. Both Herbert and Barbara left behind their huge family that included five living children, 17 grandchildren, and eight grandchildren.

Bobby and Bush are married since 1992, in Camp David, which is a country retreat for the president of the United States. The couple is the only pair to get married there in the nation’s history.

They are living in 'wooded cul-de-sac off Seven Locks Road' for over 19 years in Bethesda, Maryland, with their children.

Before marrying Bobby, Bush was married to William LeBlond in 1982 for over eight years and got separated in 1990. From eight years of their marriage, the ex-couple gave birth to two children.

Koch comes from a respected and wealthy family as her mother Bush has a whopping net worth of $6 million from her career as an author, event organizer, and philanthropist.

She has organized several events and raised funds for various charities and nonprofit organizations. Bush is the author of My Father, My President and co-chairs her Barbara Bush Foundation for Family Literacy with her brother Jeb Bush.

Likewise, her father has an estimated net worth of $9 million from being the president and CEO of the Wine Institute. The institute is in San Francisco where his office is spread in six regions of the United States and other 16 abroad countries.