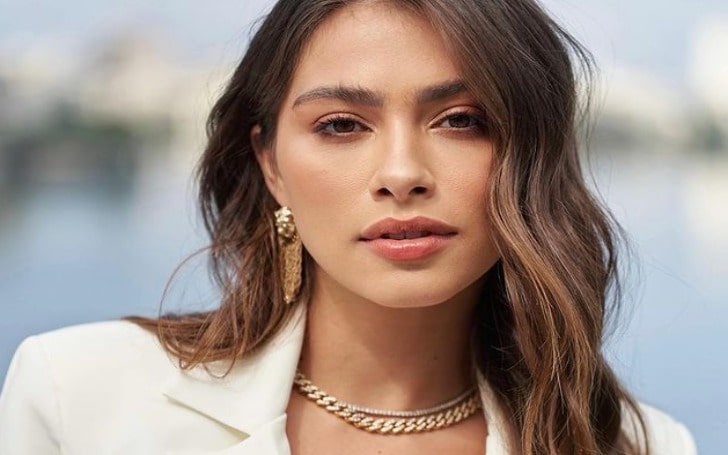 Gabriella Lenzi is a well-known Brazilian model and Instagram star who was born in Sao Paolo, Brazil, on September 22, 1994. When she became the girlfriend of Brazilian soccer player Neymar, her popularity soared.

Moreover, she is the daughter of Isabella Zapata and Alessander Lenzi. She studied fashion at the Fundacao Amanda Alvares Penteado in Sao Paolo, Brazil, and later became the image of the DF Model Agency.

From a young age, Lenzi was fascinated by fashion. However, she began her professional modeling career as the face of the DF Model Agency when she was in her teens.

She became well-known not only as a model but also as a social media personality. She has a sizable fan base on Instagram and has joined the Nosso Canal Channel, a collaborative Youtube channel. She is currently concentrating on her modeling career.

Gabriella Lenzi has been working as a model for quite some time now. At the age of 27, she has an estimated net worth of $1.5 million, which she acquired from her work as a professional model. She is considered one of Brazil's wealthiest models.

The Brazilian model Gabriella Lenzi is not married and is now single. She has, however, been associated with a number of attractive men. She once dated Brazilian football superstar Neymar. The couple was in a relationship in 2014, but they couldn't keep it going for long and broke up the following year.

Before  Neymar, she was in a relationship with Gabriel Kunda Junior, a Zambian football player. Despite the fact that there is no additional information about their relationship. The model was also seen with Justin Bieber, a Canadian singer, but the two split up soon after.

Gabriella is a social media personality as well as an Instagram Influencer. She loves to travel around the world and cooking various dishes. She has a separate food Instagram account @aroundcuisines where she shares her love for food.