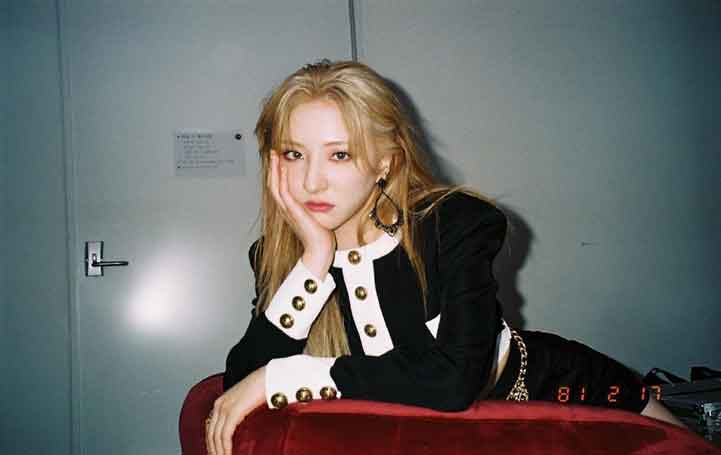 Son Juyeon (손주연) also known by her stage name Eunseo (은서) is a member of the Chinese-South Korean girl group Cosmic Girls. She is also a member of the subunit "WJSN The Black" and "Joy Unit"

She has the position of lead rapper, lead dancer, and sub-vocalist in the girl group "Cosmic Girl" under "Starship Entertainment"

The singer is from Incheon South Korea and graduated from "Bucheon Ilsin Middle School" and "Bumbuk Elementary school".She knows the Chinese language as her two older sisters were from the school in China.

She then later graduated from "The School Of Performing Arts", Seoul.

She since childhood dreamed of becoming a singer. Her passion for singing continued as she auditioned to be a trainee and successfully was able to fulfill her dream as she was accepted as a trainee in "Pledis Entertainment" in the year 2011.

The estimated net worth of Eunseo is $500k.

All her wealth is accumulated through her career as a singer and also as a model. She has appeared on various covers of the magazine.

She has also appeared in many variety shows and also acted in various TV dramas.

Enseo was a trainee for three years before her debut as a member of the girl group "Cosmic Girls". She alongside her members made her debut in the M-Net's M! Countdown stage.

Her career as a member of Cosmic Girls kept on growing. She was acknowledged for her talent and also got a chance to collaborate with the popular boy group "Monsta X" under the same label. She also got many opportunities for magazine shoots.

She also made various appearances in dramas and variety shows. She was guest-starred in the drama "Chicago Typewriter". She then appeared in a lead role in "Dalgona".

She doesn't drink coffee as she is unable to sleep when she drinks one.

She is friends with SinB from "Gfriend".

She is given the nickname of "DAD" in her dorms by other members.

She is the fastest runner among the members of "WJSN".