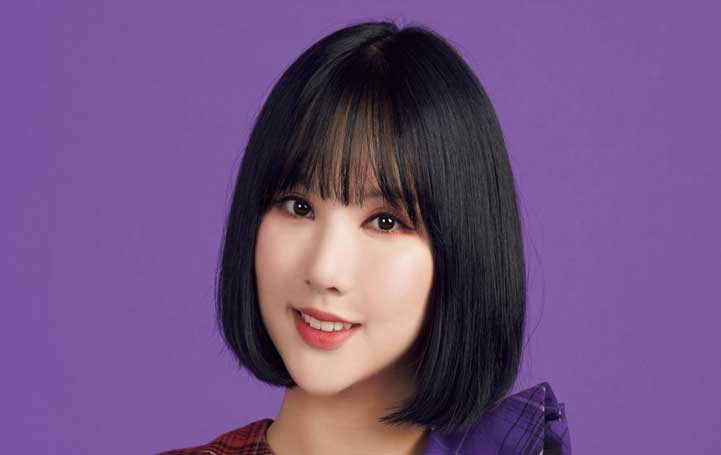 Jung Eun Bi (정은비) also known by her stage name Eunha (은하) is a South Korean singer of the group "GFriend" under the agency "Source Music" which parent company is HYBE Label.

She is a singer as well as an actress. She is popularly known for her role in the 2007 movie "Love And War".

Eunha was born on May 30, 1997, in Seoul, South Korea. She has an older brother and a younger brother. She made her debut in the entertainment industry through her movie "Love And War". She then debuted as an idol member after her movie debut.

She was a former HYBE label trainee for one year. She then trained for two months under the label Source Music and had the chance to debut as a member of GFriend alongside other five members: SinB, Sowon, Yerin, Yuju, and Umji.

Diagnosed With A Disease

She also once had conjunctivitis, an eye disease. However, it is not a serious one she was healed with time.

The estimated net worth of Eunha is $200,00. She gained all her riches as a valued singer as well as an actress. She has a very successful career as a singer of GFriend.

Thanks to her popularity through Gfriend she was able to secure various contracts with renowned companies. She has also starred in various TV dramas which have helped her in increasing her earnings.

She has also actively participated in her solo activities. She has collaborated with many singers and done many duets. She also has got many opportunities to sing the Ost for dramas.

Eunha and Sana from the girl group Twice are very close with each other. They are a total BFF in the k-pop industry. Their friendship is considered cute by their fans. They are often spotted hanging out together in their free time.

They both came to know each other through the MBC's variety show "Weekly Idol". The group Twice and Gfriend both appeared together for the show and since then the two have been inseparable besties.

Dating is a great deal for k-pop idols. So, it is not a new topic for Eunha too. She had restrictions for her relationships and has remained single throughout her rookie time. Following that she is still not involved in any relationships due to her busy schedule. She is busy as a member of the group as well as a solo artist and an actress.

Some More Facts on Eunha

She graduated School Of Performing Arts Seoul with her group members and Yuju and Sujeong from Lovelyz.

She likes to watch cooking shows and also likes to cook.

She is a fan of "Twilight" movies.

She released a duet with Park Kyung called "Inferiority Complex".

The meaning behind her stage name is "Galaxy".

Her role model is IU.

For more of your fav celebs do visit Glamour Path.