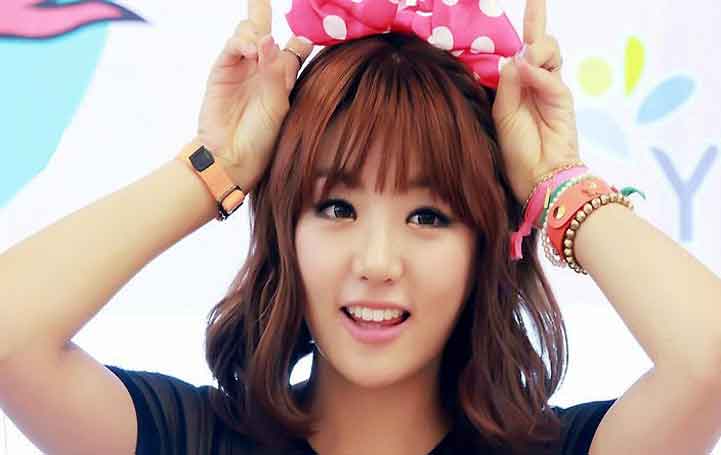 Go Eun Bi (고은비) known by her stage name EunB was a South Korean singer born on November 23rd, 1992. She was a Lead rapper and vocalist in a pop girl group known as "Ladies Code" who tragically passed away in a car accident.

The singer was very inventive and was always ready to explore new things in music.

Tragic Accident That Took The Life Of the Aspiring Singer EunB

EunB passed away in a car accident not too soon after her career as a "Ladies Group" member. The accident occurred when she was on the way to Seoul after finishing an event with her Ladies Code members: Rise, Zuny, Sojung, and Ashley.

The van she was in was being driven by her manager. During the time there was heavy rain and the roads were slippery, however, the manager was driving very speedily.

This made the manager lose control of the van which made it somersault several times before colliding into the wall on the side of the road.

EunB and the member Rise were declared dead on the way to the hospital, as the other members survived the accident with some injuries.

During that period hashtags like #RIPEunB were trending worldwide showing respect to the deceased singer.

To remember the tragically passed singer EunB below are some information about her journey.

The singer's information about her parents remains undisclosed. However, she had a brother-in-law, who is an SBS 8 News Anchor Kim Sung Joon.

The pop singer debuted as a member of the Ladies Code on March 7th, 2013 with a music video "Bad Girl".

In 2014, EunB and her members came back with the song "So Wonderful" and dropped another hot song "Kiss Kiss".

There is no record of the singer dating life in the past.

EunB had an estimated net worth of $1 million before her death according to Forbes and Business Insider.

Some Fun Facts and TMI About Late EunB